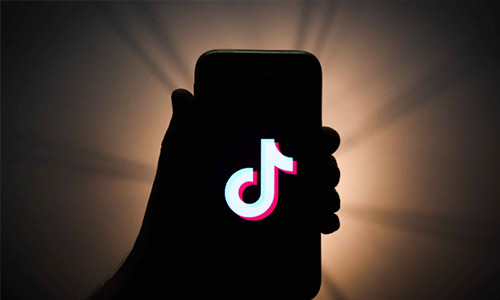 Tens of millions of American users will wake up today, Saturday, to the news that U.S. President Trump will ban TikTok as threatened—the details are not yet clear, but the intent could not be more so. The president told reporters on Air Force One late Friday that he intended to act as soon as Saturday (August 1), telling them, “as far as TikTok is concerned, we’re banning them from the United States.”

As another week of speculation around TikTok’s future came to an end, all the talk had been around a rushed sale of the app by parent ByteDance, with the likely suitor being Microsoft, according to reports, instead of the platform’s U.S. investors. A trade acquirer was apparently seen as better able to absorb the platform and its management.

ABOARD AIR FORCE ONE (AP) — Trump says he’ll act as soon as Saturday to ban Chinese-owned video app TikTok from US on security fears.

Although other U.S. acquirers, the likes of Facebook and Google, might seem more suited to adding TikTok to their portfolio, they would also face regulatory hurdles given their other assets. Microsoft’s primary social media platform—LinkedIn—does not compete. That said, Trump also told reporters that he did not like the idea of a spinoff or a sale to a U.S. company. He seems intent on punitive action.

As ever with this story, the detail has significant gaps. Trump assured his audience that “I have that authority, I can do it with an executive order,” but it’s unlikely to be quite so simple. A ban would most likely involve either adding TikTok to the entity list that has been used so effectively against Huawei, or using the administration’s CFIUS powers.

Adding TikTok to the entity list would prevent U.S. companies providing software, hardware or services to the company. That could include the app’s removal from Apple and Google app stores, it could end the provision of cloud storage and processing services, the sale of high-end hardware, even the use of U.S.-originated IP. Not a outright ban as such, but having broadly the same impact.

The Committee on Foreign Investment in the United States rules on transactions that involve the takeover of U.S. assets by foreign entities. ByteDance acquired America’s Musical.ly in 2017, which fired the starting pistol for what has now become the TikTok phenomenon. TikTok is now under investigation by CFIUS. The administration could rule that this is against the interests of the U.S. given ByteDance’s Chinese ownership, and demand action.

TikTok has become the veritable victim of its own success. It was growing at a stellar rate—and then lockdown happened, turbo-charging the platform’s growth as millions around the world took to the video sharing app to share viral trend after viral trend. TikTok’s install numbers have even overtaken its leading U.S. competitors, and in securing a raft of U.S. celebrities and influencers, it has become the first Chinese social media app to genuinely compete on a level playing field with the industry giants.

When U.S. Secretary of State Mike Pompeo first touted the idea of a TikTok ban last month, it took the world by surprise. The platform has been restricted from government issue phones and has been in trouble for data privacy issues, but to ban a media asset was seen as an extreme measure. TikTok has been at pains since to assure on the security and integrity of U.S. data on the platform.

But, as with Huawei, the Trump administration has proven itself incredibly hawkish when it comes to carrying out threats against successful Chinese technology interests that risk furthering Beijing’s economic, political or security interests. The administration is clearly not afraid to act.

So, what’s the real issue with TikTok—what are Washington’s concerns and why is TikTok deemed so dangerous?

There are three main concerns, none of which match the headline U.S. allegations that the app is being used to spy on tens of millions of Americans or that data is being sent to Beijing. Both those allegations remain unproven.

First, TikTok’s use by tens of millions of Americans is a clear threat in the era of social media’s dissemination of news and disinformation. While there are no smoking guns here either, at least not yet, and while TikTok is even talking about opening its algorithm to scrutiny, there is a risk if an adversarial state—China—can reach the U.S. population over a social media platform it controls.

Second, whether or not information on specific TikTok users is sent to Beijing, data patterns can clearly be drawn and shared. Again, no evidence that this happens, but it’s clearly a theoretical risk. What are the likes and dislikes, the political leanings, the networks of relationships for users in particular parts of the U.S., for example. And where the actual data is stored does not stop it being accessed and processed from elsewhere, of course.

And, finally, this is about potential future risks. Whatever TikTok is doing now, doesn’t limit what it might do in the future. This might entail the sharing of information or the gathering of more data points than today, but—just as with Facebook—it will also involve a natural expansion of TikTok’s scope of services. Facebook was a much more limited platform in its early days—who’s to say what new add-ons TikTok might deploy over the coming years, the data those might collect, the influence those might have.

The political rhetoric in the U.S. in recent weeks has been a major stretch, but there are risks inherent in an adversarial state to the U.S. housing a social media platform used by so many Americans. But, as I have been reporting for the last few weeks, that rhetoric had created an impetus for Trump to act—it had become impossible to back down. And so little surprise at today’s news. Now it’s just down to the small matter of the details, the legal challenges and the geopolitical fallout with China.