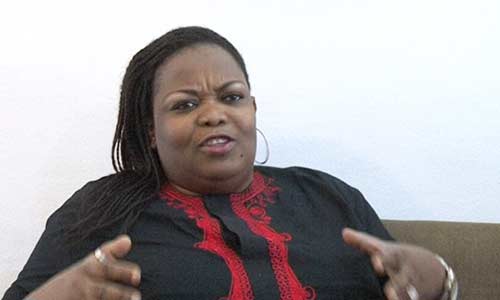 Abuja-based human rights and gender activist, Bar. Esther Uzoma, has raised the alarm that judges are no longer safe given the tendency of politicians to politicize decisions of the court, especially those of the Supreme Court.

Uzoma, founder of Proactive Gender Initiative (PGI), in Abuja on Friday warned that the relentless assault on judicial pronouncements even to the homes of judges was a dangerous signal of clear descent to anarchy.

On Wednesday, a group of protesters under the aegis of Bayelsa APC Youth Vanguard for RealChange had led a protest to the Abuja residence of Justice Mary Odili over the apex court’s decision removing Bayelsa Governor-elect, David Lyon, as duly elected over forgery by his running mate, Biobarakuma Degi-Eremienyo.

“The attack on the judiciary politicians over decisions of the court and now to even protest at the home of a justice to say the least is deplorable and must be halted before it becomes a pattern. This relentless tendency to cast our justice system as a scapegoat for the many difficulties afflicting our country is puerile, mischievous and wholly misplaced,” Uzoma said.

According to her, “to single out one single justice and in this instance a female, speaks to a broader social malaise which seeks to pillory, scapegoat and make the female gender as the archetype of social ills and evil, and this is untenable and foolish.

“What one had imagined would have happened by now was for the police to have arrested all those who went for the protest and demonstrate that anti-judicial and democratic attempts are not condoned.

“Sadly, the police, known for its overzealousness when not needed, stood by and allowed hired crowd to put a respected judge and her family in harm’s way and to what end?”

The PGI national coordinator also wondered why the Nigerian Bar Association was yet to act on the disgraceful conduct and send a strong message to delinquent politicians that they will reject their briefs if they persist in harassing judges and judicial officers in general.

Uzoma urged judges in the country not to shirk their responsibility of being unbiased, impartial and courageous arbiters in the temple of justice, stressing that it was only when they rise above the pettiness and irrelevance of politicians and jobbers can the sanctity of the judiciary be preserved.