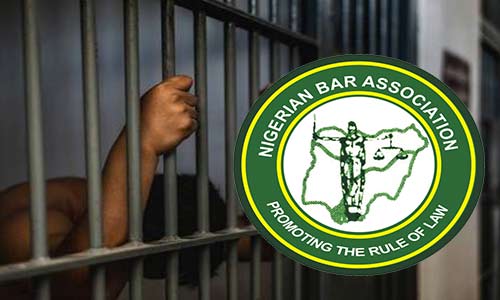 In a desperate bid to decongest correctional centres in the country, stakeholders in the administration of justice have appealed to Ekiti State Judiciary to embrace non-custodial sentencing mode for punishing offenders.

The advocacy was made in Ado Ekiti ver the weekend at a stakeholders’ meeting convened by CLEEN Foundation with support from MacArthur Foundation with the theme: “Promoting Accountability and Transparency in the Administration of Criminal Justice Law (ACJL) in Nigeria.”

The group, coordinated by the Gender Relevance Initiative Promotion (GRIP), was seeking effective implementation of criminal justice law and also exploring strategies towards the attainment of the ideals of ACJL in the state.

Speaking at the event, a legal practitioner and representative of the Nigerian Bar Association (NBA), Ado-Ekiti Branch, Barr. Dayo Akeredolu, said there was need for interface between the Bar and the Bench, particularly the Ekiti judiciary, to ensure that offences not carrying capital punishment are made to align with non-custodial sentencing.

He said: “This idea if inculcated will decongest the prisons, lead to quick administration of justice, and give effect to the age-long moral and social relevance in the judicial system.

“To achieve this, there is need for workshop for judges, practising lawyers, police and correctional officers proposed a review of the Administration of Criminal Justice Law of the state, and the Criminal Code to accommodate and promote non-custodial sentencing for light offences.

“If someone committed a light offence, rather than convicting him and make him to remain in prison custody, the judge could ask him to be reporting to court where he will serve punishment for a period of time. He will even feel ashamed when his family sights him observing punishment in a public place. It will carry both moral and legal sanctions, which is good for our environment.

“The aim of prisons is to rehabilitate but most of our convicts do come out becoming more emboldened to commit more grievous offence because of congestion, which made it impossible for people to have access to facilities that can rehabilitate them in our prisons.

“It has been in practice in Lagos State and it is working fine. Prisons are created to reform the citizens and not to destroy individuals as being fondly done in Nigeria.”

Espousing his views on the non-custodial sentencing, a Correctional Officer, Mr. S. B. Adelaja, explained that the system was adopted in Tokyo and had become a standard rule at the United Nations as a potent means of seeking justice.

“But before this can be granted, the personality and background of the offender and the right of the victims must be put into account, so that justice can he served fairly and equitably,” he added.

In a communiqué signed by the stakeholders, it was agreed that there was need to restructure the correctional centres, so that they could be alive to their responsibility of rehabilitating the inmates, saying this remains the best way to strengthen the Administration of Criminal Justice in Nigeria.

It also stated that there was need for stakeholders to create awareness and conduct public hearing on the merits of non-custodial sentencing in the state, to prevent misinterpreting the actions of the judiciary when effected.