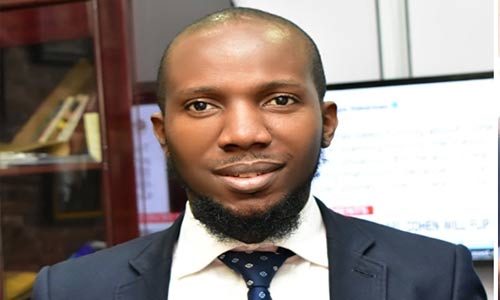 As a member of the Nigerian Bar Association (NBA), I have been silent before now on the avoidable and needless controversy that has characterized the self-redeeming decision of the National Executive Committee (NEC) of the NBA to disinvite the Kaduna State Governor, Mallam Nasir El-Rufai, as one of the speakers at the 2020 virtual Annual General Conference of the NBA because emotions have been elevated above reason.

For the sake of history, I will summarize my position publicly because there is no fence for anyone to sit on this issue.

Those who contemplated and recommended Mallam El-Rufai as a speaker at the 2020 NBA Conference despite his noxious human rights record, open contempt for the rule of law and inflammatory identity politics should apologize to Nigerian lawyers and the entire country for the attendant embarrassment, polarization and controversies that have greeted the NEC decision.

The NBA has a fundamental problem; a problem of purpose.

The NBA’s motto is “defending the rule of law”. Nobody to my knowledge has disputed the documented cases of disregard to court orders by Governor El-Rufai. Among the victims of his tyranny and intolerance are members of the NBA from Kaduna State.

Those arguing that the Kaduna governor should have been given a “fair hearing” are playing to the gallery. The right to fair hearing under Section 36 of the Constitution of the Federal Republic of Nigeria, 1999 (as amended) only avails persons whose civil rights and obligations are to be determined by a court or tribunal established by law or by administrative bodies. El-Rufai does not have a legally protected right to speak at the NBA conference. It is only a privilege which can be given or withdrawn by the NBA without a reason. Therefore, the issue of fair hearing does not arise.

All that the NBA owed him was the courtesy to notify him of the NEC decision which was done through the representation made to the Director-General of the Nigerian Governors’ Forum by the NBA President, Paul Usoro SAN. The NBA President did not have to apologize to the Kaduna governor. Mr. Usoro’s apology was ostensibly actuated by his personal relationship with El-Rufai which he publicly alluded to and had nothing to do with the opinion of most lawyers in Nigeria on the matter. Majority of Nigerian lawyers do not owe El-Rufai an apology.

The NBA was not obligated to hear from the Kaduna governor before reaching a decision on the massive protests by her members against the platform wrongly offered to him as one of the speakers. It is the domestic affairs of the NBA to determine who should speak at its conference which does not warrant the insolent, vexatious and intrusive statements by extremist religious bodies and individuals who have sought to capitalize on the development in a sinister effort to foster their misplaced divisive and sectarian agenda.

Mallam El-Rufai should not have been invited in the first place. A man who has exuded dictatorial proclivity and primitive bellicosity towards his critics should not be offered a platform to speak at the gathering of learned men and ministers in the temple of justice.

Regarding the unabated killings in Southern Kaduna, El-Rufai has not only mismanaged the crisis, he has shown open bias which has escalated the murderous reign of the cult of killers in Kaduna State. It is a sad commentary that some lawyers and meddlesome non-lawyers shamelessly turned the commendable decision to disinvite El-Rufai into a religious issue.

El-Rufai once spoke about the lack of policy of consequence as the bane of development in Nigeria. To allow him to address lawyers despite his divisive and oppressive style of leadership will be a derogation from the policy of consequence which he espoused. This should serve as a notice to other arrogant public office holders in Nigeria that there is a price to pay for flouting court orders, injustice, oppression and sectarian politics.

In discussing this matter, we should not shy away from the bitter truth about the lack of purpose in the NBA. Over the years, the NBA has abandoned her core mandate and pandered to the cravings of the corrupt political establishment in Nigeria.

Every year, the NBA offers its prestigious conference platform to corrupt and despotic governors and other politically exposed persons for pecuniary gains.

I say this with all sense of respect and responsibility.

I cannot explain why the President of Nigeria has to be the one to give the opening speech at every Annual General Conference of the NBA. It is sickening and tiring. The NBA is neither a political association nor a government agency and should not be projected as an appendage of every government in power. President Buhari has not hidden his disdain for human rights and the rule of law. Yet, the NBA continues to offer Buhari her platform.

At the 2018 NBA conference in Lagos, Buhari declared menacingly to Nigerian lawyers that “national security” was superior to the rule of law. One would have expected a self-respecting professional body to insulate Buhari from her subsequent conferences and events in protest of that provocative statement, but the NBA has refused to listen to the voice of reason and has continued to extern underserved invitation to Buhari to speak at her conferences thereby desecrating the foundational ideals of the NBA.

As a body, the NBA has lost its soul and conscience. Like most entities in Nigeria, the NBA has been terribly polluted by the decadent political climate in the country. There is a wide disconnect between the pro-establishment leadership of the NBA and most of her members. It is almost impossible for any lawyer to become the President of the NBA today without possessing the unwritten requirement: stupendous wealth and willingness to spend it.

How can the NBA command respect from a corrupt political class when its leadership recruitment process has been plagued by politics of money and grave allegations of fraud?

I find it offensive that the incumbent Attorney General of the Federation, Abubakar Malami SAN, who has publicly defended the nefarious attacks on democratic institutions and the rule of law by the Buhari regime, is a speaker at this year’s conference, like in the previous ones. Also, people like the former President Chief Olusegun Obasanjo and the Rivers State Governor, Nyesom Wike, have no business speaking at the Bar conference. Like Buhari and El-Rufai, they have terrible human rights records. Wike can always participate in the conference as a member of the NBA, but not in his capacity as a serving governor given his poor democratic credentials.

Progressive lawyers in Nigeria must find ways to rescue their association from the strangulation of some of their elitist colleagues who are more interested in serving the insatiable interest of their friends, clients and associates in government. It is good that Mallam El-Rufai was disinvited. I hope this decision will serve as a precedent in the future.

If lawyers cannot boldly stand up in defense of democracy, rule of law and human rights, we are truly doomed as a country. Nigerian lawyers must rise above petty religious and ethnic sentiments. We cannot afford to divide our profession along those lines the way Buhari has divided Nigeria.

The Vice President of the United States of America Mike Pence has just been disinvited from delivering a commencement address to the graduates of Wisconsin Lutheran College amid ongoing unrest in Kenosha, Wisconsin, after Jacob Blake was shot in the back seven times by a white police officer.

“After further review with careful consideration of the escalating events in Kenosha, the WLC Board of Regents and the College’s Administration have jointly decided to present a different speaker instead of the Vice President of the United States, Michael R. Pence, at the Saturday, August 29, 2020, commencement,” the college said in a statement on Thursday quoted by CNN. The heavens have not fallen.

Maurice Iwu, the embattled former Chairman of the Independent National Electoral Commission (INEC) was once disinvited as a speaker at the NBA conference after protests by lawyers over the electoral heist that characterized his tenure as the Chairman of INEC. Nobody called for war or religious strife. Why is El-Rufai’s case different?

Those canvassing for the formation of splinter groups out of the NBA along ethnic or religious lines simply because one out of the many Northern Muslims who were invited to speak at the conference was disinvited, should tell us whether they are advocates of restructuring? If they want to restructure the NBA, they should go further to demand a restructuring of the Nigerian ‘federation’. Anything outside that will be the height of hypocrisy.

If lawyers cannot afford the cost of holding their annual conference, it will be better for them to stop the yearly conference than to continually depend on the patronage of those who are stealing and mismanaging public funds. Amongst professionals, lawyers should represent the highest moral and ethical values.

When was the last time that the NBA took the Nigerian government to court in the public interest? Why is the NBA seen as a toothless bull dog by the government? Why are lawyers not getting the respect due to them from the police? These are some of the questions we must answer with honesty.

The eyes of the nation are watching the NBA. If the NBA does not change its ways, Nigerians will lose whatever is left of the respect they have for legal practitioners. Lawyers should engage in self-censorship.

Lawyers should no longer allow questionable political actors and moneybags to hijack their Annual General Conference. Will fundamental changes take place at the 2021 conference under the incoming NBA leadership led by Mr. Olumide Akpata, or will the repugnant status quo be retained?