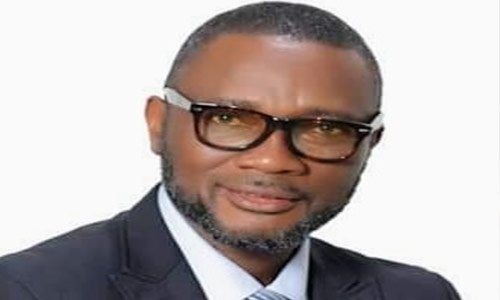 A Port Harcourt based lawyer, S. Long Williams, has commended the Governor of Rivers State, Nyesome Wike, for his giant strides in repositioning the state on structural development

In an open letter dated June 17, 2021, made available to TheNigeriaLawyer, Williams however the ongoing road constructions in the state are causing hardships in the state in the areas of traffic monitoring and command amongst others. He also mentioned the specific roads in question

“I bring felicitations to you on behalf of my family and all those who wish Rivers State and your government the best outcomes.

“I have noticed, observed and followed the giant developmental strides that has been ongoing in Rivers State since the incipient of your administration. I must declare that you are doing a great job in repositioning the state on the part to sustainable structural and economic development moving forward into the 21st century.

“There are some areas of concern of which there is the urgent need to draw your attention to. These areas are causing hardship on the people of the state. These are the areas of traffic monitoring, management, command and control on the roads in Port Harcourt and Rivers State and the area of waste management.

“As the various construction works on our roads and flyovers progresses and the promise of more to come, navigating through the roads in Port Harcourt and environs has become a nightmare. As you are aware, some of the roads such as Mopol Barracks ( Mummy B) Road, Tombia Extension Road, Eastern By-pass, Rumuola/ Stadium Link Road, Ogbun-abali and now part of Ada George Road are blocked. The Rumuola, G.R.A. junction Waterlines and Nzimiro Flyovers are still under construction. The Olu Obasanjo/Ikwerre Road and Rumuprimom Flyover has just commenced and part of the roads blocked. As laudable as these projects are, we must also maintain the sanity, welfare and enjoyment of the residents of Port Harcourt and Rivers State in general. Presently Your Excellency the people of the state are going through so much hardship on our roads and this is made more horrible with the curfew imposed in the state.” Williams said

He, therefore, suggested ways to ameliorate the situation. According to him, the Police and the Federal Road Safety Corps to deploy officials to manage, command and control traffic in and around the construction sites; alternative routes be identified, made accessible, managed and controlled by the officials as stated above and all roads completed should be commissioned and opened for use.

The statement reads in part, “As a temporary solution to the teething challenges, I suggest the following as ways to ameliorate the situation to wit;
1. That you cause the Police and the Federal Road Safety Corps to deploy officials to manage, command and control traffic in and around the construction sites.
2. That alternative routes be identified, made accessible, managed and controlled by the officials as stated above.
3. All roads completed should be commissioned and opened for use.
4. That roads such as Mopol Barracks ( Mummy B) Road, Tombia Road Extension Roads, Rumuola/ Stadium Link
should be completed, commissioned and opened for use.
5. That all roads blocked by the Police, especially Moscow Road due to their morbid fear of the unknown gun men should be opened immediately. It is a disgrace that the Police should make us to suffer for their inefficiency, ineptitude and lack of courage.
6. That the curfew should be suspended or the time relaxed to about 12midnight.
7. That all bad spots of available motorable roads should be fixed immediately.
8. That urgent steps must be made by relevant government agencies to arrest and prosecute all those who are uprooting & stealing manholes & drainage covers on our roads. Its is worrisome that up till now this menace has not been nipped in the bud. I also urge you to call on community leaders such as CDC executives and youth bodies to take this as a challenge. Too many accidents, injuries and deaths has occurred due this this existential threat.
9. That all drainage distilling exercise going on in the state should be hurriedly completed and the waste therefrom immediately evacuated.
10. That all owners of event centres should be made to provide car parks for their guest and customers and parking along the road banned.
11. That Rivers State Transportation Management Agency should (TIMARIV) should be resuscitated, repackaged and rebranded with professionals to superintendent its operations in the state.
12. That we must forthwith cease and prohibit the practice of dumping refuse on the middle of our roads. This practice is archaic, , primitive and should have never been put on the table at all. It is an eyesore, unhealthy and a safety threat to pedestrians and motorists. It is even an abuse on the urban renewal policy of your administration as it defaces whatever improvement that has been thus far made. We must devise a new means of waste disposal such as the Sulo Bin Method or the Street to Street Method.”

Williams further emphasized to Wike that the traffic situation in Port Harcourt has broken down altogether. He therefor plead for urgent response.

“Please urgent decisions must be made and urgent action must be taken now.

“As Benjamin Netanyahu the former Prime Minister of Israel once said ‘Leadership is not to do the easy thing, leadership is to do the right thing even if it is difficult’

“I thank you immensely as you strive ahead to improve our lot in Rivers State.