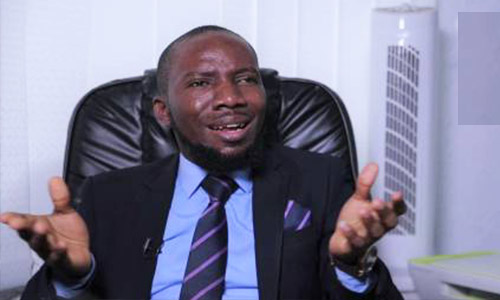 HUMAN rights lawyer Inibehe Effiong has described the #ENDSARS movement and its resulting losses as products of failure of the Nigerian government to hold the police accountable for extra-judicial killings of citizens by the security institution.

During an interview with Arise TV on Thursday, Effiong described the Minister for Information and Culture Lai Mohammed as an entertainer, over his comment that Twitter boss Jack Dorsey was responsible for losses incurred during the #ENDSARS protests in Nigeria.

“At the Lagos Judicial Panel of Inquiry alone, it has been confirmed that not less than 99 persons were extra-judicially killed during that protest. Is he telling me that it is Jack that caused the killing of those persons? I do not understand what he means by vicarious liability or how Twitter contributed to what took place,” he said.

Describing social media as a veritable tool for civic engagement, Effiong stated that the minister’s statements were an attempt to distract Nigerians from the embarrassing failure of Nigerian President Mohammadu Buhari to address critical issues plaguing the country.

The lawyer stated that the Twitter suspension was not a regulatory act, but a result of an intolerant regime committed to shrinking the democratic space in Nigeria.

Refuting arguments that Buhari’s tweet was taken out of context, Effiong said that the president was quite direct in his threat to the Igbos.

Recall that a few days ago, Effiong had sued Mohammed along with the Attorney General of the Federation Abubakar Malami and the Federal Government for suspending the operation of the micro-blogging site, Twitter.