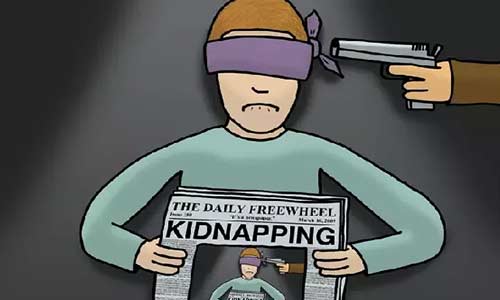 A millionaire Igbo business man, Uche Obi, and three other residents of Taraba state have been kidnapped in Jalingo -the state capital.

Obi’s abduction, which took place on Saturday midnight, was not known until Sunday when his abductors dropped a letter at the gate of his home, notifying that Obi was in their den.

It was gathered that this is the second time Obi is being kidnapped.

He was kidnapped six years ago.

His late father was kidnapped in 2012.

Sources said he was picked when he closed work at the Star Exclusive, a one-star hotel he built to contribute to the tourism sector of the state.

The abductee’s younger brother, Abouy Obi, who confirmed the incident to The Nation, however, said he does not know exactly where his brother was picked.

Obi’s wife has been calling the phone number given by the kidnappers but no one has picked her call to establish communication, Abouy said.

“He got missing on Saturday. He goes to gym at the Star Exclusive Hotel, so we had thought he was there.

“But he was neither at home, nor at the business centre (hotel). As a matter of fact, I can’t tell where he was picked. We have been calling his phone numbers but none is connecting.

“On Sunday, his captors placed a note at the gate of his house. The note was placed without the notice of those who are staying in the house.

“The note indicated a phone number to be called. We have been calling the number, which is ringing, but nobody is picking. There is nothing we can do; we’re just waiting for their call to hear their demands,” Abouy said.

It was gathered that three other residents of Jalingo, in Gurum, behind Jolly Nyame Stadium, were kidnapped on Sunday.

An eyewitness, who spoke on condition of anonymity, said the kidnappers came with sophisticated weapons, numbering eight. He added that the gunmen operated in the area uninterruptedly for over two hours.

Police spokesman, David Misal, told reporters that the police command was yet to be briefed of the abduction of Obi and the others.