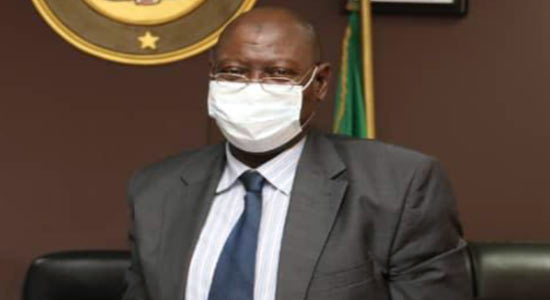 The Chief Judge of the Lagos State High Court, Hon. Justice Kazeem Alogba has made it mandatory for Registrars of the Court to give adequate notice to the parties, in the event that the Court will not sit.

In addition, the Chief Judge had stated that it is imperative that a 48-hour prior notice be given to the counsel and the parties.

Besides, failure to comply with this directive subjects such defaulter to being sanctioned.

This is contained in a circular addressed to the Court Registrars by O.A Okunuga, the Chief Registrar, dated 21st day of January, 2021 with reference number: LASJ/312455/Vol.XXVI/69 which was made available to TheNigeriaLawyer.

“The Hon. Chief Judge of Lagos State, Hon. Justice Kazeem O. Alogba has directed that whenever the Court will not be sitting, all Court Registrars Must Notify Counsel and Parties involved in the matter via SMS (text/email or both not less than 48 hours before the date the matter is slated for.

“Note that failure to comply with this directive will be met with stern disciplinary action.”

TheNigeriaLawyer recalls that the practice in some Courts is that there is usually no adequate notice given, that the Court will not be transacting a business of the day. Thus, taking the Counsel and litigants by surprise, most at times, when they might have sat for a while.