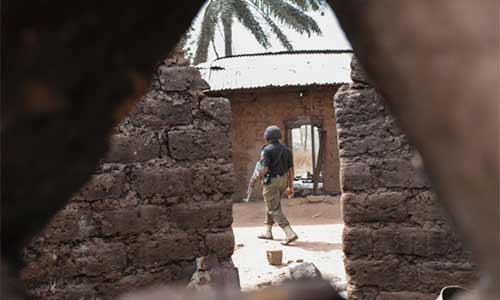 In what appears like Boko Haram style of attempted mass abduction, armed bandits on Wednesday night attacked a secondary school in Zamfara State, abducting many.

Sources told the BBC that the attackers, who successfully abducted four cooks and two teachers, were unable to reach the students’ dormitories.

The source said the bandits had earlier in the afternoon blocked a road leading to the town before attacking the school at night.

Although Nigerian authorities had negotiated the release of some of the girls, it is believed that 112 girls are still with the terrorists five years after the abduction.

On February 19, 2018, 109 schoolgirls from their secondary school in Dapchi, Yobe State, were abducted by Boko Haram.

In a deal struck by Nigerian government with the terrorists, the girls were released a few days after but still held a Christian girl, Leah Sharibu, for her refusal to renounce Christianity.