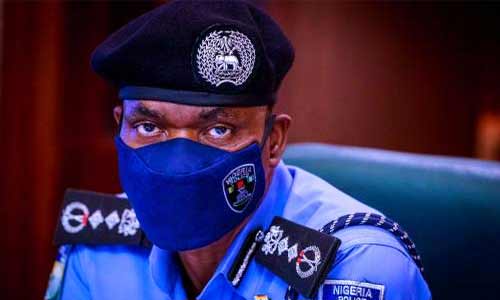 Police authorities have called on Nigerians to be mindful of the measures put in place by the government to curb the spread of coronavirus (COVID-19) as they celebrate Eid-el-Fitr.

The Inspector-General of Police, Mohammad Adamu, made the call in a statement on Friday by the Force Public Relations Officer, Frank Mba.

He urged them to continue to comply with the government’s prevention regulation orders against COVID-19.

According to the police boss, these include the interstate movement restriction orders, nationwide curfew, the prohibition of mass socio-religious gatherings by the Federal Government in Lagos, Ogun, Kano States and the Federal Capital Territory (FCT), as well as restriction orders by governments in some states.

The statement said, “Citizens should observe the Eid celebrations bearing in mind the unusual times occasioned by the outbreak of the COVID-19 pandemic, as the Force will leave no stone unturned towards the due enforcement of the orders.”

While congratulating Nigerians on the occasion, the IGP assured the people of adequate security during and after the Eid-el-Fitr celebrations.

He noted that proactive and robust anti-crime measures, including the deployments of tactical and intelligence assets of the Force, were already in place to prevent any untoward incidents in the country.

The IGP commended the Muslims for the successful conclusion of the Ramadan which he described as a period of self-denial geared towards attaining wholesomeness.

He said the period has reinforced his belief that with the citizens’ collective perseverance and voluntary compliance with the prevention regulations emplaced by governments at all levels, the nation would surely overcome the COVID-19 pandemic.