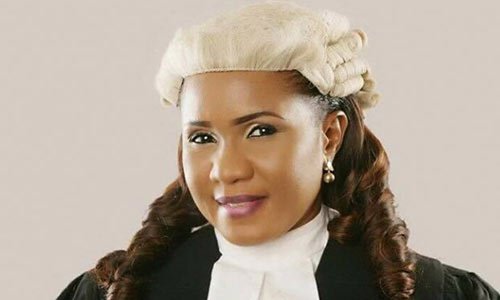 Hon. Evelyn Omavowan Oboro, senatorial candidate of the Peoples Democratic Party (PDP) in Delta Central District, has expressed dissatisfaction over the judgment of the tribunal sitting in Asaba, which dismissed her petition challenging the outcome of the Delta Central Senatorial election held on February 23, 2019.

In a statement signed by her media office, the former federal lawmaker, who represented Okpe, Sapele, Uvwie federal constituency in the 7th and 8th National Assembly, also frowned at the refusal by the tribunal to make available the copy of the judgment despite applying for same as the elections related matters are time bound.

“Trial in the petition was concluded on 17th of June, 2019 but it took the tribunal more than two months before it could deliver judgment knowing full well that election matters are time bound. The same tribunal delivered judgment in a matter which had not even commenced at the time trial in our case was already concluded.

“We have decided to appeal the judgment and copy of the judgment needed by our counsel to file Notice of Appeal is not yet ready after closure of our case over two months ago and the Tribunal is aware of it as time has started running.”

While appealing to her teeming supporters to be calm as the gross injustice called judgment will be set aside on appeal by God’s grace, the court being hope of the common man.

The statement also appealed to the tribunal to urgently make available copy of the judgment in order to pursue her appeal to reclaim the mandate which, she said, was given to her by majority of the electorates in the district.