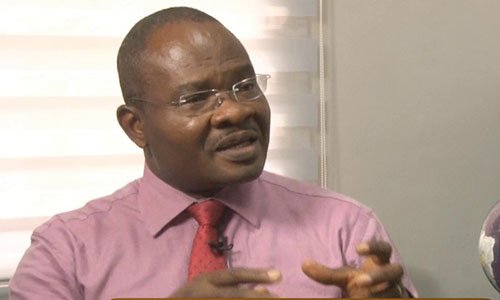 ….about 70 certificates of return withdrawn

The Independent National Electoral Commission (INEC) said it has withdrawn about 70 Certificate of Return from those it issued it to initially and re-issued it to other people following various court judgment.

This is as the Nigerian Civil Society Situation Room said there was nothing to be proud of the 2019 general elections conducted by INEC.

Disclosing the number of Certificate of Returns so far, Mr Festus Okoye, INEC National Commissioner, Chairman, Information and Voter Education Committee, said that one of the biggest challenges facing the commission is the large number of pre-election matters that are still pending in various courts of law.

Okoye spoke at an electoral reform round-table organised by the Nigeria Civil Society Situation Room and the Kofi Annan Foundation in Abuja.

“As at yesterday, the commission has withdrawn and reissued over 70 certificates of return that were previously issued to those who were elected into the various states and national assembly positions.

“It is really a source of concern that up till today, there are still a number of cases arising from pre-election matters in courts,’’he said.

Okoye pointed out that one of the things the commission is looking at is whether the fourth alteration to the Constitution of Nigeria would properly address the issue of pre-election matters.

He said this is because the fourth alteration, gave the court of first instance a total of 180 days within which to determine cases and issues arising from pre-election matters.

“This more or less distorts what the commission’s activities and also puts it on edge in terms of knowing which political parties would be on the ballot and which would not,” he said.

He noted that the commission is looking at a situation where the litigation period could be shortened.

“So I think we need to have a national conversation to see whether we really need the number of political parties in existence in the country or not,’’Okoye said

He, therefore, called for the necessary reforms to be put in place.

The European Union Ambassador, Mr Ketil Karlsen said that the union made recommendations from its election observations not to castigate Nigeria but to instigate reforms to strengthen the electoral process.

Karlsen said that four years is not a long time to begin electoral reforms and urged the nation to consider a wider form of reform to enhance inclusiveness, especially of women.

“We will partner together with all stakeholders for the purpose of improving our laws, we will begin now and not wait till the end of our tenure to start it,’’ Wase said.

The Convener of the group, Clement Nwankwo, during an ‘Electoral Reform Roundtable” held in Abuja, said any election that lacks legitimacy will also lack international acceptance.

According to him, the essence of the round table was to look at the last election critically and take correction where necessary.

“Both foreign and local observers have filed in their reports on the last election. The intention of the observers is to highlights the merits and demerits of the electoral process, with a bid to moving forward.

“Nobody wants to put Nigeria in a bad light or cast aspersion on the electoral body. If anything is wrong, as Nigerians, we all have obligations to say it, and if it is right, we also have the responsibility to say it the way it is

“We are concerned with what we saw in our observation during the last election. It has deteriorated to what it was in 2015.

“Nigeria as the giant of Africa has the responsibility to be a good example, but we are setting bad example for the continent with the 2019 elections.

“If we can’t organize an election that is credible, there will always be an issue. With that, we cannot say that we are a Democratic nation.

“We are not proud of the 2019 elections, resources were wasted, election was postponed about five hours to commencement. These did not help out democracy.

“The good thing is that the reaction from INEC to the reports shows that they will look into it and act on it appropriately.

“Election Reform should promptly be looked into by the Ninth Assembly. The leadership of the National Assembly should persuade the President to sign the electoral bill. New issues should also be looked into”.

Mr. Alan Doss, the President of the Kofi Annan Foundation, said the call became imperative in order to achieve a strong and sustainable democracy and that early preparations were the best ways to realise it.

According to him, democracy is more than an election held every four years.

“Transparent governance, independent institutions, popular participation and a free press are vital ingredients of a vibrant democracy which starts with elections,” he said.

He said that the electoral process should not only be free, fair and effective but also regarded as such, not just by a court of law but in the court of public opinion.

“From our own experience at the foundation working with countries around the world, we know that electoral reform is tough and is, therefore, best undertaken early in the electoral cycle.

“Electoral reform is not the exclusive responsibility of the electoral commission, even though it plays a central role; there are many stakeholders involved.

“Nevertheless, what could be more important than ensuring the legitimacy of the very system upon which government rests?’’

The president urged Nigeria to build momentum in favour of electoral reform, adding that the continued success of Nigeria’s democracy was, therefore, a strategic priority for all Africa.

He also urged the nation to work on the challenges of the 2019 elections, adding that every electoral cycle exposed problems and concerns that needed to be addressed to sustain public confidence in the system.

The Charge d’Affairs of the Embassy of Switzerland in Nigeria, Mrs Anne-Beatrice Bullinger, said that a strong democracy needed a continued, vibrant and multi-stakeholder engagement, and that was why the embassy supported the programme.

According to Bullinger, politics is too important to be left to politicians alone, hence the need to engage all to strengthen democracy.

She said that democracy allowed transfer of power to happen peacefully through institutional mechanisms rather than through violent conflict, adding that credible and legitimate elections were the cornerstone of a true democracy.

She said that Nigeria had come a long way and enjoyed a very vibrant political culture, yet many challenges remained.

According to her, politics had been trivialised and used to create exacerbated fault lines at the expense of serving the higher interests of the nation.

Bullinger said that while no elections were perfect, the exercise remained the key foundation of democratic legitimacy.

She said while the intensity of the recently concluded elections settled down, an inclusive and sustained dialogue should be engaged to address concerns and to constructively work toward necessary reforms.

Mr Mohammed Chambas, Special Representative and Head of the United Nations Office for West Africa and the Sahel (UNOWAS), said the 2019 elections deprived a lot of women participation.

Chambas said that this made Nigeria one of the countries with the lowest women participation in politics in spite of the dynamic number of women in the country.

He said that UNOWAS would continue to work with Nigeria toward increased number of women, youths and persons living with disabilities.