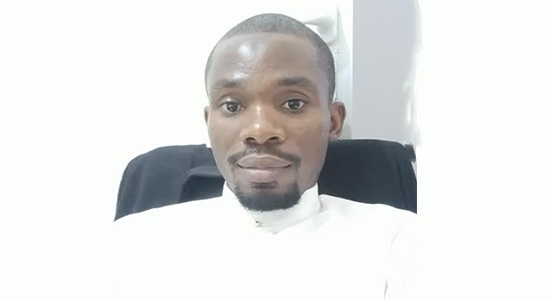 It is often said that all works and no play, makes jack a dull boy. Even the Holy Scriptures in Ecclesiastes 3:1 states that to everything there is a season, and a time to every purpose under the heaven. Apostle Paul in 2nd Thessalonians 3:10 admonished the church saying, let him who will not work, not eat as well. This means that anyone who work, should be allowed to eat even with equanimity. Similarly, Ecclesiastes 9:10 states that ‘whatsoever thy hands findeth to do, do it with thy might for there is no work, nor device, nor knowledge, nor wisdom in the grave where thou goest’. A popular saying goes thus ‘you only live once ‘YOLO’ Nigeria is a blessed country with different personalities of different pedigree. On daily basis, people work hard to earn a living despite the poor performing attitude of the government. According to findings, only a little make ends meet from the wages and salaries paid to them by various state governments. While many are self-employed and entrepreneurs, others are into one form of business or the other. On daily basis, foreigners and foreign investors visit Nigeria for one form of business or the other. Like every well doing Nigerian, foreigner’s whether visiting for luxury or business are meant to pay tax. Taxes in Nigeria ranges from personal income tax, stamp duties, value added tax, company income tax among others. These taxes are collected for use by the states and federal government of Nigeria to enable it fulfills some of its constitutional obligation. While that is the case, the Nigerian constitution 2011 as amended provides an enabling environment for businesses to thrive. By chapter four of the constitution, every Nigerian is guaranteed the freedom to engage in any legal and legitimate form of business in other to earn a living. However, the provisions of this law among others are beginning to lose relevance and essence. The economic and financial crime commission (EFCC) including other law enforcement agencies, have become a monster and a thorn on human flesh. Nigerians including visitors are no longer free to go about their legitimate business again. Relaxation has become a time bomb. Security of lives and property are no longer guaranteed. Nigerians and foreigners are now scared to visit the hotel, bars and restaurant to cool off their head after a hectic day at work all because of the monstrous operating style of EFCC and others in the name of fighting financial crimes. How did we even get to this point? This paper examines some of the statutory duties of EFCC among others, operating styles, economic implications of such styles, legal implications and the way out.

According to the Merriam Web Master Dictionary of English, hotel is an establishment that provides lodging and usually meals, entertainment, and various personal services for the public.  People visit the hotels for different reasons. Some of the reasons are:

Following the current trend of EFCC and others, can it be said that the essence of visits to hotel especially in commercial cities is still intact?

Establishment and functions of the EFCC and others

Section 1 of the Economic and Financial Crime Commission Act 2004 provides for the establishment of the commission. The section provides as follows; ‘there is established a body to be known as the Economic and Financial Crime Commission (in this Act referred to as the commission) which shall be constituted in accordance with and shall have such functions as are conferred on it by this Act.’ By section 2, the commission is a corporate body which can sue and be sued in its corporate name. The powers and functions of the commission are listed in section 6 of the establishment Act. The powers and functions includes but not limited to the investigation of all financial crimes including advance fee fraud, money laundering, counterfeiting, illegal charge transfers, future markets fraud, fraudulent encashment of negotiable instruments, computer credit card fraud, contract scam , etc. Other security agencies include but not limited to the state security service (SSS), the Nigerian Police, the Nigerian drug law enforcement agent (NDLEA) and host of others. Their powers and functions are all provided for by the enabling Act.

The year 2020 in the Nigerian history ought to be made a full time subject in the secondary and tertiary level of our Nigeria education system. The year is such that can never be forgotten. Many are still counting their loss both in death, finance and other aspect of life. The year was indeed a terrible one. But for a moment? What gave rise to the END SARS PROTEST? The police as a body is an establishment of the Act. Their duties are well spelt out in the establishment Act. Unfortunately, the police turned itself into a monster killing innocent Nigerians who are going about their lawful businesses. To curtail the death, nuisance and unfathomable economic loss encountered on daily basis from the escapades of the Nigerian police, the Nigerian youths in 2020 decide to launch a meeting against the police. This meeting occasioned a great loss in almost all sectors of the economy. While we count our loss, the economic and financial crime commission EFCC is beginning to turn itself into another monster tormenting hotels, restaurants and other relaxation centers.

The procedures now adopted by operatives of the commission has recently become brutish, callous, high handed, monstrous and grossly unconstitutional all in the name of fighting corruption. This is totally not the intendment of the Supreme law.

EFCC now attack and raid hotels, clubs, lounge, restaurant and bars in the name of searching for yahoo boys and girls. They carry out these operations in the wee hours of the night when all reasonable man should be sleeping. Destroying hotel properties and abusing the fundamental rights of innocent Nigerians and others in no immeasurable ways. No doubt, I am not in any way holding the brief of any person. However, as a true Nigerian, I must say the truth when I see one.

No doubt, the commission as usual will always refute all allegations of crimes and misconduct even when the fact is speaking for itself. However, whether or not the allegations are true, depends largely on the continuous report and testimonies of the victims and suffice is to say that in any allegation, there exist element of truth no matter how minute and according our law, circumstantial evidence is one way of establishing crime.

Conclusion and way out

While I call on the chairman of the EFCC to call his men to order and ensure that they are properly trained in line with laid down rules and regulations, hotel managers, clubs, bars and other relaxation centers should take up necessary legal actions against the commission to protect their business. The commission should understand that we are in a democratic setting. One who works should be allowed to eat, rest and sleep. Arrest and investigation can still be done without subjecting others to pain. The constitution protects privacy and dignity of all persons whether in their homes or hotels.  Guest in the hotel should sit up and enforce their rights for heaven will surely not fall. EFCC should stop destroying the image of the country with their style of operations in the name of fighting against corruption. No doubt, if multiple suits begin to flow in and out of the court following the activities of the commission that has become bizarre under the current administration, the commission must surely think twice. Hotel guest and others, who in one way or the other have suffered untold hardship from the despicable way and manner the operatives of the commission operate, should consult legal experts instead of crying blood on paper. Problems are not usually solved that way.