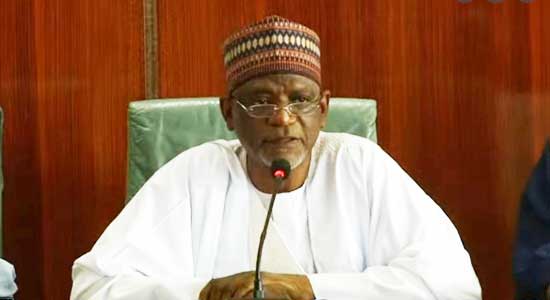 The Federal Government, through the National Universities Commission (NUC), has directed Vice-Chancellors of Federal Universities to reopen and resume lectures.

The letter, addressed to all vice-chancellors; pro-chancellors and chairmen of governing councils of federal universities, was signed by the Director, Finance and Accounts of the NUC, Sam Onazi on behalf of the Executive Secretary of the commission, Prof Abubakar Rasheed.

It was addressed to all vice-chancellors, pro-chancellors, and chairmen of governing councils of federal universities.

But ASUU told The ICIR it was not bothered by the directive.

“We like to live in dreamland. I’m surprised that in Nigeria, people could be reasoning that way in the ministry (Federal Ministry of Education). Instead of you resolving the problem, you’re getting the teachers back to teach by force. To teach what? It’s so bad.

“It hasn’t got to this level in our history that we see things in this way, that the best way to get the lecturers to the classroom is to force them to go and teach. It doesn’t concern us, they can reopen the universities whenever they like because they were never closed. It is Senate that can open and close the universities, not the government directly.”

ASUU embarked on strike on February 14 over unmet demands by the Federal government.

The strike has since forced thousands of students in most public universities in the country to their homes.

All efforts by the government and major stakeholders to resolve the crisis have failed.

Peeved by ASUU’s decision not to shift its ground on the strike, the Federal government approached the National Industrial Court to compel the union to return to class.

The court ruled last Wednesday in favour of the government and compel the lecturers to return to work.

But ASUU appealed the ruling through its lawyer, Femi Falana, maintaining its position that the strike would continue until government meet its demands.

The demands are part of the 2009 agreement it had with the Federal government, which it said the government must implement.

The ICIR had reported how ASUU had gone on strike for over 600 days under President Muhammadu Buhari, the longest under any leader in Nigeria.