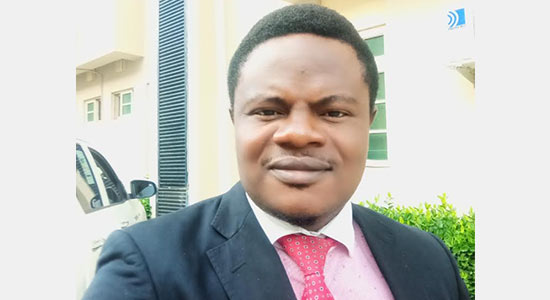 On Sunday, 5th September 2021, the world was greeted with the sensational news of a military coup d’état in the Republic of Guinea, a country on the far western side of Africa. The coup, led by Lieutenant Colonel Mamady Doumbouya, head of the Guinean Army’s Special Forces Group, overthrew the government of President Alpha Condé. The President had just recently begun a 6-year term, after completing his initial two terms of 5 years each. Just as the news filtered in, reactions from the international organizations such as the United Nations (UN), the European Union, the African Union (AU), and the Economic Community of West African States (ECOWAS), as well as some governments including the Nigerian government, condemned the military coup d’état in Guinea and threatened to impose sanctions on the country if the action is not reversed.

Notable among these reactions that necessitated this article was the statement made by ECOWAS as well as the Nigerian Government. Quoting them in parts, ECOWAS stated thus:

“ECOWAS also demands restoration of the constitutional order in Guinea in order to avoid using sanctions,”

“The government of Nigeria strongly condemns and rejects any unconstitutional change of government and therefore calls on those behind this coup to restore constitutional order without delay and protect all lives and property,”

The decision by uniformed men to overthrow a civilian government and the reaction of international organizations, as well as other African leaders, brings back memories of the happenings in Guinea that has allowed President Alpha Condé to still be in power at this time despite exhausting his 2 terms of 5 years each as President of Guinea, as provided for in the Guinean Constitution.

Back in the 90s, President Condé was better known as an opposition figure, who had suffered several confinements under previous administrations, due to his activism and advocacy for the entrenchment of democracy in the Republic of Guinea. However, in 2010, he became the first democratically elected President of Guinea. In 2015, President Condé was re-elected to serve his second and final term of 5 years. As his second term in office was coming to a close, President Condé began suggesting that the Constitution needed to be updated to usher in badly needed social changes, especially for women, with reforms including a ban on female genital mutilation and underage marriage. The new Constitution sort to be passed into law still limited the tenure of the President to two terms, but in actual fact, the new Constitution was enacted to reset the entire timeline to zero. That is to say, the President was now eligible to contest for another 2 terms of 6 years each in the elections that would follow the enactment of the new Constitution.

This position by the President was vehemently rejected by the opposition, but the President still proceeded with the proposal for a new Constitution. His proposal was put to a referendum in March 2020, which was boycotted by the opposition. However, according to the country’s electoral body, voters that came out to participate in the referendum overwhelmingly backed a new Constitution. The United States, European Union, and France questioned the credibility of the votes, however, they took no further or decisive action against the apparent move by the President to extend his stay in office. The result of the referendum still stood and therefore allowed the President’s time to start counting afresh. Following the new Constitution, President Condé contested and won a controversial Presidential election in October 2020. This automatically keeps him in office for another 6 years in addition to the 10 years already spent in the office and additionally another 6 years in the event that he decides to re-contest in 2026.

The sit-down tight syndrome of African leaders has been one of the reasons many African countries have suffered unnecessary and avoidable political unrest. The case of Guinea is not in any way different from the usual African leaders, who manipulate their Constitution. I strongly disagree with the position of the ECOWAS and even the Nigerian Government on the upholding of Guinea’s Constitution. If the supremacy of the Constitution had been upheld in the first place and not subjected to selfish and egocentric amendment or review or whatever title they give to it, then President Alpha Condé will not be sitting as the President of Guinea as at when his government was overthrown. He would have handed over to another person having exhausted his 2 terms in office.

These are the nature of reports you would never hear from first-world countries like the United States of America, the United Kingdom, France, Russia, etc. Heads of governments in this simply serve their constitutionally provided tenures and then bow out of office. There is never a manipulation in favor of any particular person to remain in office beyond the constitutionally permitted term. You will also never hear of any form of amendment or review to allow a particular person to remain in office indefinitely. This is how it ought to be. Interestingly but unfortunately, these first world countries seem to see nothing wrong in the abuse/manipulation of the Constitution by African leaders, neither have they taken any decisive or forceful action against an obvious manipulation of the Constitution by African leaders, however, they see the takeover of government by armed men as a taboo that must be punished and immediately reversed. This position to my mind is not balanced and justifiable.

I do not justify the takeover of power by uniformed men. No, not in any way. It is a bad omen that sets a country on the part of retrogression. However, I vehemently disagree with the procedure employed by international bodies, particularly the ECOWAS and the Nigerian government on upholding the sanctity of Guinea’s Constitution. Neither President Conde, nor Lieutenant Colonel Mamady Doumbouya did uphold the supremacy and sanctity of the Constitution. If they had upheld it, neither of them would be laying claim to the first office in the Republic of Guinea. In an apparent reaction to the statements made by ECOWAS and the Nigerian government, Senator Shehu Sani, a respected Nigerian Senator from Kaduna stated thus:

“African leaders have a culture or a habit of not criticizing or cautioning their counterparts whenever they breach human rights, violate the Constitution or abuse power; then when a coup happens, they condemn, impose sanctions and blockades to save their colleagues”

When President Condé and other African Presidents were re-inventing the wheels, where was the ECOWAS? Where was the AU, where was the UN? Where was the Nigerian Foreign Minister? Where were the other African Presidents that are now shouting blue murder? Why did it take the same unconstitutional seizure of power by uniformed men for the international organizations to call for sanctions? If they have not seen anything wrong in malevolently reinventing the Constitution, they should not see anything wrong in suspending the Constitution. It is the same wrongful act in different clothing.

African leaders have been known to bastardize their Constitutions so as to remain in office for as long as they can breathe or hand over to their anointed successors, family members, or protégés. International organizations and other country leaders, ought to take decisive and forceful actions against such constitutional manipulations. Whatever sanctions, restrictions, embargos, and forced actions is taken out or imposed on countries where the government is forcefully overthrown by uniformed men, the same should be imposed or taken out on countries where the President conceitedly amends, reviews, or adopts a new Constitution, primarily to give himself the room to perpetually remain in office or to contest elections indefinitely. What is unconstitutional should remain unconstitutional on all fours and not selectively. What is good for the goose is good for the gander and vice versa.

Akintayo Balogun Esq., LL.B (Hons), BL, LL.M, is a legal practitioner in private practice and is based in Abuja, FCT, Nigeria. A prolific writer, public affairs analyst, and commentator on national and international issues., akinson6@gmail.com.