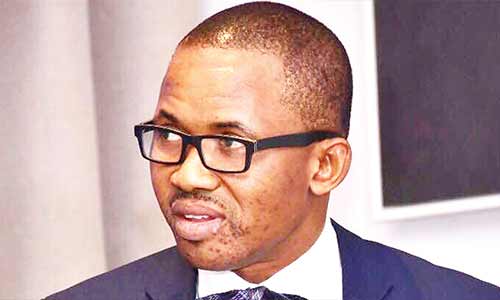 As at present, Nigeria’s reputation in the international scene goes for a little less than a penny. The country has wittingly and unwittingly gathered notoriety as a den of 419, that diabolically sophisticated preoccupation of con-men and fraudsters who live big and high on fortunes duped from other people.

Sadly enough, this evil trend has found its place in our political cycle. This cankerworm/pandemic has eaten too deep into the fabric of existence of our great nation. It is imperative to state pronto that corruption is an endemic and a sin against humanity and it is the root of man’s inhumanity to his fellow man.

Undoubtedly, traditional, moral and modern antidotes and measures to fight against this phenomenon called corruption, have not been able to eradicate corrupt practices in human society.

On the backdrop of the above and the exasperating and mind boggling revelations of corruption against Nigeria Public officials in the judgment of the Queen’s Bench under review that I am compelled to pensively and dispassionately lend my two cents in respect of the above issues raised.

A microscopic examination of the decision of the Queen’s Bench Coram. Sir Ross Cranston dated 4th September, 2020 amply, discloses that the heart of the relief is for extension of time by the Nigerian Government to Challenge the Arbitral award by a London Tirbunal relating to a gas processing contract (“the GSPA”) between Nigeria and Process & Industrial Developments Limited (“P&ID”) dated 11 January 2010. The Tribunal’s Final Award of 31 January 2017 ordered Nigeria to pay P&ID damages of US$6.6 billion, as well as pre- and post- judgment interest at 7 percent. The current outstanding amount is some US$10 billion.

In a spirited bid to castrate the enforcement of the Award by P&ID, the Federal Republic of Nigeria filed an application for extension of time to bring challenges under sections 67 and 68(2)(g) of the Arbitration Act 1996 (“the 1996 Act” or “the Act”) in The Federal Republic of Nigeria v Process & Industrial Developments Limited [2020] EWHC 129 (Comm).

Indubitably, the casus belli of Nigeria’s case for an extension of time is that the GSPA, the arbitration clause in the GSPA and the awards were procured as the result of a massive fraud perpetrated by P&ID, and that to deny them the opportunity to challenge the Final Award would involve the English court being used as an unwitting vehicle of the fraud. P&ID’s case is that the awards date back some three to five and a half years and it would be unprecedented to grant the extensions. Speed and finality are essential features of London arbitration and the case that there has been any fraud (which is denied) is at best weak.

Review of the Case

Mr Howard QC (Counsel to the Nigerian Government) in his argument for fraud against P&ID concentrated on three aspects:

i. first, that P&ID procured the GSPA by paying bribes to Nigerian officials;
ii. secondly, that Mr Quinn gave perjured evidence to the Tribunal to give the false impression that P&ID was able and willing to perform the GSPA; and

iii. thirdly, that Nigeria’s counsel in the arbitration, Mr Shasore, dishonestly failed to challenge Mr Quinn’s perjured evidence or to seek disclosure from P&ID such that the Tribunal had no choice but to find in its favour.

Evidence Adduced at the hearing for Fraud

In my view there is a strong prima facie case that the GSPA was procured by bribery. It is sufficient to focus on the two senior officials whose positions ensured its safe passage by giving the requisite approvals. First, there is Ms Taiga, who was the senior legal adviser to the Ministry at the time of the GSPA and recommended its execution. In their second statements both Ms Taiga and Mr Cahill accept that payments were made to her by P&ID, but their account is that they were intended for Ms Taiga’s medical expenses. There is no supporting evidence for this, such as contemporaneous communications between P&ID and Ms Taiga referring to her medical needs.

In any event, whether these payments were for medical or other expenses, as the Attorney General explains in his seventh statement, benefits received by public officials from individuals holding or seeking to obtain a contract are assumed to be bribes under Nigeria v P&ID. As could be deduced from the decision of the Court, there were pieces of hard evidence of receiving bribes of over 100,000 USD received from Mr. Shasore (the Nigerian Attorney at the arbitration) by Ms. Taiga whose annual salary was US$5,000 at the time.

Also Mr. Tijani, the Head of Technical Committee also collected the sum of 100,000 USD as bribe from Mr. Shasore to do a shoddy work.

Evidence of Perjury against Mr. Quinn (Director of P&ID)

Mr Howard’s case was that Mr Quinn gave perjured evidence to the Tribunal that P&ID had (i) invested US$40 million in the project and had completed 90 percent of relevant engineering design work (including 100 folders of technical documents); (ii) put in place all necessary project finance; and (iii) acquired a plot of land for the gas stripping. Contrary to this evidence, he contended, P&ID was never willing and able to perform the GSPA. Yet, he continued, P&ID’s readiness and ability to finance the project and to perform the GSPA were critical to its successful claim in the arbitration to have suffered loss by reason of its repudiation.

First, then, the US$40 million spent on the project and the almost completed engineering design work. Mr Howard submitted that this was a lie in light of the letter to the EFCC from Tita-Kuru of 20 September 2019, stating that it had paid the sum of $40 million to P&ID for the development of the engineering work, design and off-take consultancy services for the Badagry project, Project Alpha, not P&ID’s Calabar project in a different part of the country. The letter stated that P&ID used this work in their presentation to the Ministry. The clear, and most likely, inference, Mr Howard contended, was that apart from Tita-Kuru’s work product nothing else was ever produced and that P&ID would never have been in a position to perform the contract.

It is clear from the above which the Court agreed with that Mr. Quinn gave a false testimony to the Arbitration Tribunal in order to get backdoor judgment.

Similarly, P&ID lied as to stating the fact that it had acquired lands allotted to it by the Government of Cross River State which was denied by the latter. Cross River Government in its Letter sometime in 2010 informed P&ID of allocation of Land subject to the payment of certain amount which was never paid by P&ID which negates P&ID’s assertion that it had commenced work on the project.

Reaction
This brief legal anatomy, pegged/hedged on concrete evidence exhumed from the investigation of the Economic and Financial Crimes Commission and private investigators has vividly brought to fore how irrepressibly deep corruption has mired our public institutions.

The import of our deliberation so far is that Nigeria is currently plagued with corruption and all hands must be on deck to vigorously fight this endemic by ensuring promotion of transparency and accountability in Nigeria through progressive mobilisation and advocacy for human rights.

It is also apposite to draw attention to the recent probe by the National Assembly on allegation of mismanagement of the sum of ₦40,000,000,000.00 (40 Billion Naira) by the leadership of the NDDC. In a startling and shocking statement, at the Session of the Ad-Hoc Committee on NDDC, the Acting Deputy Director, Projects, Mr. Cairo Ojougboh was reported to have stated that “the budgets of the Commission have always been hijacked by the leadership of the committee on NDCC from both chambers for their personal gain”.

Through the provisions of Freedom of Information Act, I have used the auspices of my law firm, Castle of Law to immediately laid a demand on the management of NDCC to release to the members of the public, names of the alleged members of the National Assembly and other contractors involved in mismanagement of tax payers’ money.

May I also take the liberty to call on Alh. Abubakar Malami, SAN, the Attorney General of the Federation of the imperative to review every judgment debt against the Federal Republic in the bid to ensure the enthronement of the rule of law, good governance, accountability, transparency, anti-corruption, and due process in Nigeria.

Some incorruptible patriots and my humble self are meeting and willing to render our professional services to the Federal Government ex gratia on the ongoing efforts to combat mismanagement of public funds, and to offer the government an important opportunity of being open and transparent with the citizenry.

It is important to conclude that in the fight against corruption we should strive towards immunity to parochialism, nepotism, kindred, favoritism and sentimental disposition in all the ramification.