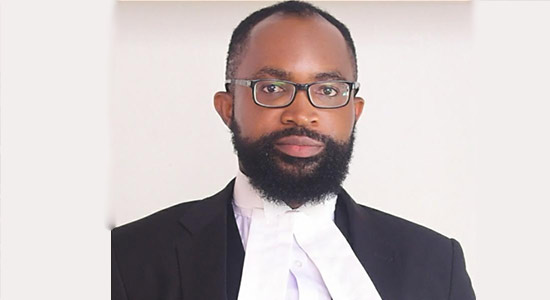 On the 12th day of September 2020, information went viral, within and beyond the Nigerian Legal Circles, that the Honourable Attorney-General of the Federation and Minister of Justice, Abubakar Malami, SAN, has amended certain provisions of the Rules of Professional Conduct (RPC) for Legal Practitioners.

While Rule 9(2) prohibits a legal practitioner from claiming that he has paid his Bar Practicing Fees (BPF) when he is actually in default, Rule 10 deals with Stamp and Seal. Rule 11 provides for Mandatory Continuing Legal Education, Rule 12 provides for Annual Practicing Certificate and Rule 13 provides for Notice of Legal Practice upon setting up a private legal practice.

Further explanatory note states that, the Rules were amended, ‘…to bring them in conformity with the Legal Practitioners Act, the Law Officers Act and the Constitution of the Federal Republic of Nigeria, 1999.’ The HAGF, Mr. Malami SAN claimed the said the amendment was made in exercise of the powers conferred on him by section 12(4) of the Legal Practitioners Act as Attorney-General of the Federation and Minister of Justice and President of General Council of the Bar.

The wider implications of this development have agitated the minds of many concerned legal practitioners over the past one year, with public out cries, calling for the amendment to be rescinded for apparent non-adherence to due process. As part of the communique issued at the end of the quarterly meeting of the National Executive Committee of the Nigerian Bar Association held on Thursday 18th March 2021, it was specifically resolved that, “the President should make final attempts towards an amicable resolution with the AGF of the issues surrounding the purported amendment of the RPC failing which the President is authorised to commence legal action to seek redress on the unilateral amendment of the RPC by the AGF” (emphasis mine).

The relevance of the Rules of Professional Conduct for Legal Practitioners cannot be over emphasized. It is one of the pillars upon which the legal profession in Nigeria stands. Legal practitioners should therefore faithfully adhere to its tenets and principles and pay true allegiance to the oaths as administered to them during the Call to Bar ceremony; to be true ministers in the temple of justice, promoting and upholding the rule of law.

Given the present impasse, who then are the beneficiaries of the seeming politicization of the amendment? What advantage does it confer on the Bar? What mischief, if any, does it curb? What solution has it proffered to the multitude of challenges facing the Nigerian lawyer today, especially the younger ones? The writer may not have answers to any of the above questions.

However, flowing from the above, the almighty question begging for answers is; did the HAGF in purporting to amend the RPC comply with the laid down provisions of law for such an amendment? In response to this, it is important to state that the Rules are made by virtue of the powers conferred on the General Council of the Bar by section 12(4) of the Legal Practitioners Act 2004.

Section 1 of the Legal Practitioners Act 2004 as amended establishes the General Council of the Bar (referred to as “the Bar Council”). The Bar Council consists of-

A critical, contextual and detailed examination of the issue at hand indicate the HAGF cannot unilaterally make the Rules of Professional Conduct for Legal Practitioners because neither the HAGF nor any other individual is so conferred. An office holder cannot exercise the powers he does not have. It is ultra vires, an act of over-reaching, and an aberration, akin to beating a baby and not allowing him to cry.

The fact that no one has challenged the obvious irregularity in the way and manner the preamble to the RPC 2007 is drafted does not render nugatory section 12(4) of the Legal Practitioners Act 2004 as amended. Excuses given for overlooking this error were that the 2007 amendment was in consultation with the relevant stakeholders and in compliance with the extant procedures as provided in enabling Act. The preamble to the RPC 2007 is reproduced below for readers:

In exercise of the powers conferred on me by section 12(4) of the Legal Practitioners Act 1990, as amended, and of all other powers enabling me in that behalf, I, BAYO OJO, Attorney-General of the Federation and Minister of Justice/ Chairman, General Council of the Bar hereby make the following Rules:

Sequel to the above, it is safe to argue that the current HAGF misconceived or ignored the surrounding circumstances of the 2007 amendment and misdirected himself into replicating the wordings of the preamble without following the approved process. There is no evidence of any meeting of General Council of the Bar where such amendment was proposed or discussed and approved. The Nigerian Bar Association was not consulted. It is a clear case of shaving someone’s head in his absence. This is why the 2020 amendment is not valid and should not be allowed to stand.

It shall be the duty of the Bar Council to make rules from time to time on professional conduct in the legal profession and cause such rules to be published in the Gazette and distributed to all the branches of the Association.

Therefore, it is germane to suggest that the appropriate wording of the preamble to the RPC, in compliance with the provisions of the enabling Act, ought to be and should read thus: “In exercise of the powers conferred on the Bar Council by section 12(4) of the Legal Practitioners Act 1990, as amended, and of all other powers enabling the Bar Council in that behalf, the, General Council of the Bar hereby make the following Rules:”

Now, let us briefly examine the effects of those RPC Rules said to have been deleted.

It is observed that Nigerian legal practitioners have actually ignored or downplayed the purported amendments because members of the NBA (Every Nigerian Lawyer is an Automatic Member) have continued to pay Annual Bar Practice Fees and by implication, the accompanying various branch dues. Although there are no known punitive measures taken against those that might have refused to pay yet, legal practitioners are still applying for, obtaining and making use of their Stamp and Seal.

The NBA Institute for Continuing Legal Education at the National level and some branches have vigorously organized and delivered (more are still lined up as I write) series of topnotch lectures, seminars and webinars geared at enriching the intellectual and professional practice capacity of members, while not making such endeavours compulsory for anyone. It is noted that the required certificates are yet to be issued to participants, therefore satisfaction of the mandatory Continuing Professional Development (CPD) programme credit hours may be difficult to access.

The current NBA leadership and its immediate two predecessors are not known to have issued any Annual Practice License to members as provided under Rule 12 of the RPC 2007. Therefore, it will be wrong to assume that the purported 2020 amendment has prevented this, because, available evidence shows that the last issuance of such Annual Practice License was done in 2015.

In conclusion, whereas the jury is still out in measuring the impacts of the HAGF, Abubakar Malami SAN’s actions after one year of claiming to have amended the RPC, it is settled that the legislative powers to make, review and amend the RPC which the Legal Practitioners Act confers on the Bar Council cannot be appropriated and personalized by the occupant of the office of the Chairman of the Bar Council. May wisdom prevail, in order to resolve this conflict and cause the necessary changes that will be in the general interest and wellbeing of Nigerian Legal Practitioners, and for the good of the larger society in need of competent and professional legal services!