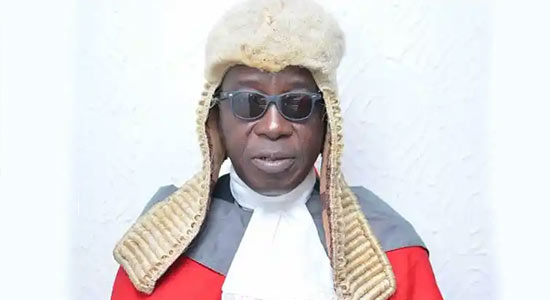 The Ondo State House of Assembly on Tuesday in Akure cleared Justice Williams Akintoroye as the Chief Judge of the state.

The House cleared Akintoroye following the submission of a report of its Selection Committee by the Deputy Speaker, Samuel Aderoboye, who is also vice-chairman of the screening committee.

Aderoboye said the screening committee observed that the chief judge-designate provided excellent answers to all questions put across to him during screening.

He also observed that Akintoroye possessed the required experiences, charisma and the much-needed exposure to function effectively as chief judge of the state.

He added that the chief-judge designate possessed the required academic qualifications and he is physically, mentally, emotionally stable and fit to accomplish the challenges of the position of chief judge.

He recommended that the chief judge-designate should be invited to appear at the plenary session of the assembly for clearance of his appointments.

A lawmaker representing Ondo West Constituency 2, Tomide Akinribido, described Justice Akintoroye as someone who always adhered strictly to the rule of law.

Akinribido said that he had enough confidence in the leadership of Justice Akintoroye to lift the judiciary to greater heights in the state.

According to him, Justice Akintoroye is an upright judge.

The Speaker, Bamidele Oleyelogun, urged Justice Akintoroye to use his good office to synergise between the three arms of government in the state.

The News Agency of Nigeria (NAN) reports that Gov. Rotimi Akeredolu swore in Akintoroye as the acting Chief Judge in the state on Aug. 17. (NAN)