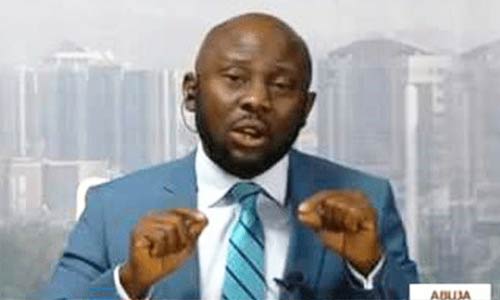 *Says Swearing In Of The New Judges Have Been Slated For November 23, 2021
*Says List Of Those Appointed Is Still A Top Secret

Onu, in a statement made available to TheNigeriaLawyer, said the swearing-in of the new judges have been slated for November 23, 2021

“It is unbelievable that the NJC, where the NBA is ably represented, will embark on a secret recruitment of Judges for the FCT High Court with the sole aim of appointing individuals who were part of those we stood against last year for lack of qualification and or nepotism.

The exercise was hurriedly done in secret and swearing-in is already scheduled to take place on Tuesday 23rd November 2021 – are we really interested in building a nation with an independent, dependable, and corruption-free judiciary? Those who are bent on getting their children and puppets onto the Bench aren’t doing this nation any favour, but are driven by selfish goals for power and control.” Onu said.

According to Onu, the name of those appointed is still a top-secret. He called on the Chief Justice of Nigeria not to be a party to the secret recruitment.

He said, “Even as of now, with swearing-in taking place on Tuesday, the list of those to be made judges is still a top secret – the judiciary is now seriously being killed by those managing its affairs.

“The Chief Justice of Nigeria is called upon not to be part of a secret unlawful recruitment of judge as doing so will only further damage the already battered reputation of the judiciary. The NJC has once again shown itself to be an anti-people entity, one that works against the overall good of the nation and for the interest of its helmsmen.”

However, unlike regular judicial recruitments, this particular exercise is laden with controversy, as contrary to established practice the public was not put on notice about the screening process, and the judge designates were said to be appointed through a secret process with their names and particulars yet to be disclosed to the public contrary to judicial tradition and constitutional provisions.

TheNigerialawyer recalls, that a similar controversy rocked the FCT Judiciary in December 2020 when TheNigeriaLawyer reliably uncovered the clandestine recruitment of 40 Magistrates through a secret process.

This repeated secrecy in Judicial appointments by the FCT Judicial Service Commission (JSC) has raised strong eyebrows from within and outside the legal circle with criticisms raining on the Commission for unconstitutionally adopting a tradition of secrecy in contravention of acceptable judicial practice.