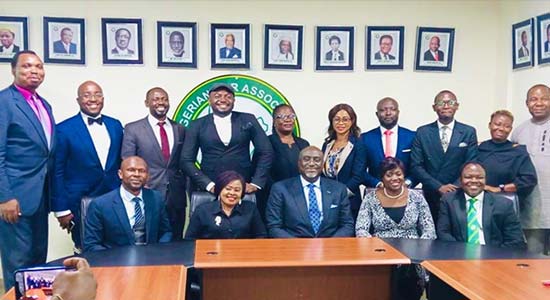 The President of the NBA, Y.C Maikyau SAN has ratified the Obioma Ezenwobodo’s led committee as the substantive Exco of the NBA Garki Branch, Abuja.

Recall that speaking on why the NBA Garki Branch and other newly formed branches were yet to be operative, the immediate past Nigerian Bar Association (NBA) President, Mr. Olumide Akpata declared that the three new branches created by the NBA National Executive Council last June could not take off due to technical issues. He had also stated that the branches had been approved “in-principle” by NBA-NEC and would become operative subject to the creation of judicial divisions in the domains by the Judiciary.

Mr. Apkata also stated that the new branches of which the NBA Garki branch was included, could not take off until incumbent NBA President, Mr. Yakubu Maikyau SAN issues a directive to that effect thus, “NEC approved the new branches subject to the creation of judicial divisions in those areas.

“The Chief Judge of the High Court of the Federal Capital Territory (FCT) has delivered on his commitment in that regard.

In keeping to his promise, the Chief Judge of the High Court of FCT, Hon Justice H. B Yusuf, has now created the Garki Judicial Division of the court which was unveiled on October 6, 2022, now paving the way for the take-off of NBA Garki Branch.

In view of this, the NBA President, Maikyau SAN, today, the 14th of November, 2022 Ratified the Executive leadership of Obioma Ezenwobodo as the substantive chairman of the newly formed Branch and other members of his led committees as the members of the Executive Committee.

Congratulations to the Branch and it’s new leadership.