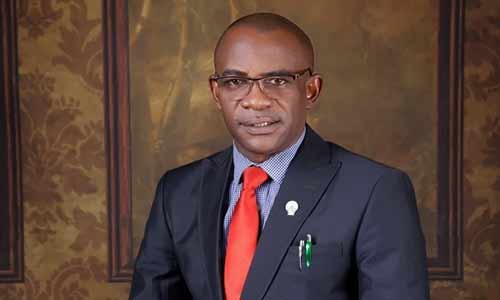 The Financial Secretary-Elect of NBA, Nnamdi Rapheal Anagor, Esq., has expressed his appreciation over the support shown in the recent NBA National Elections.

This is contained in a statement issued by him which was made available to TheNigeriaLawyer.

“The curtain finally draws on the election with the emergence of the new set of executives yesterday.”

In addition, he stated that he was unopposed but still remains appreciative that overwhelming supports were shown by supporters by voting for him.

“Owing to the disqualification of my opponent, I was returned unopposed as the Financial Secretary of our great Association.

“I am thrilled by your massive support through out the campaign period, most importantly I am fascinated that even though I was unopposed, you did cast your votes for me. “ He said.

Furthermore, he stated that they were committed to his project and noted that there are most tasks ahead.

“You were committed to this project and the result we all celebrate today is a product of your overwhelming effort.

“We now have an even greater task to succeed. Your ideas and input will assist in achieving my manifesto.” He said.

“Together we will succeed.” He concluded.