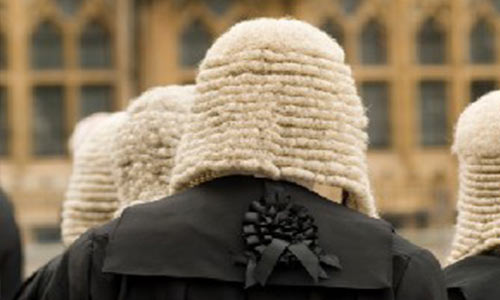 *Says Appointment Process Based On Merit

Oyo State governor, ‘Seyi Makinde, on Tuesday, swore-in four judges of the Oyo State High Court of Justice, saying that the process of their appointments was based on merit.

The governor, while speaking at the swearing-in ceremony of the newly-appointed Judges of the High Court of Justice of Oyo State and the Customary Court of Appeal of Oyo State, held at the Executive Council Chamber of the Governor’s Office, Secretariat, Agodi, Ibadan, urged them to contribute immensely to the Judiciary.

A statement by the Chief Press Secretary, Mr. Taiwo Adisa, quoted the governor as equally vowing that the state government will continue to prioritise the welfare of the members of the Judiciary.

“While I acknowledge the fact that we are humans, we cannot question God. We were going to go through this process but, unfortunately, few of the nominees passed on. We don’t like to lose anyone not even our enemies. I pray we won’t lose any of you.”

“Really, the process is based on merit; you know that everyone here has one thing or the other to contribute to the Judiciary. So, this is a real koseleri (unprecedented) event.”

“Well, I make bold to say that there is no interference in the appointment of the judges. And I also give you the assurance that, under my watch, we will not interfere in how they go about discharging their duties.”

“This administration will continue to take seriously and to work to ensure that the welfare of members of the Judiciary in Oyo State is taken as top priority,” the governor said.

The judges of the High Court of Justice, include Mrs. Olusola Adebisi Adetujoye, Beatrice Folabimpe Segun-Olakojo, Prof. Elijah Taiwo Adewale and Dr. Kareem Adeyimika Adedokun, while Mrs. Olubukola Omolayo Ajadi was sworn-in as a judge of the Customary Court of Appeal.