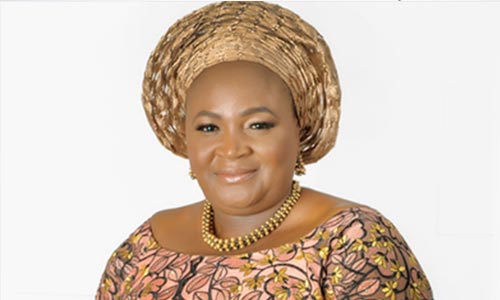 The Director-General (Public Servant) of National Council For Women Development, Mary Eta Ekpere Esq., has been dragged to court over failure to pay rent due running into millions of naira.

In the matter with suit no: FCT/HC/CV/827/2019, instituted by way of a writ of summons issued by Bernard Etta Afu Esq., MCIArb (UK), the claimant, Asebe Samuel Ele, has sought among other orders, the sum of N5,000,000.00  as general damages for economic loss suffered arising from loss of legitimate rental income earnings.

The Claimant on the face of his statement of claim had claimed to be the owner and Landlord of Plot 1244, Cadastral Zone B06, Mabushi – Abuja, FCT which comprises of a five (5) bedrooms twin Semi-Detached Duplex.

As stated in the claim both parties agreed that Mary ETA was to pay the sum of  N10,000,000 per annum which commenced on the 1st December, 2015 and terminated on the 30th November 2016.
Upon the expiration of the one-year tenancy,  she renewed the tenancy for another one year by making part-payment N4,000,000 leaving an outstanding balance of N6,000,000.

The claimant further averred the defendant has remained in occupation of the demised premises and has refused, failed, and neglected to pay rent, stressing that she has shown dishonesty in all her previous promises to the Claimant and his agents since 2015.

The processes were dated the 7th day of May, 2019 and filed the same day.