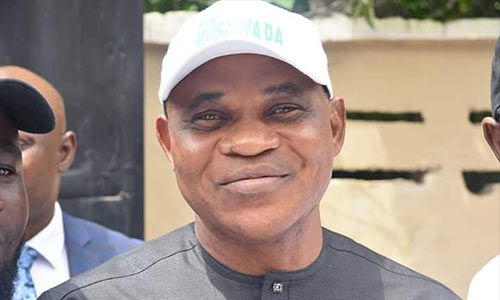 The Supreme Court sitting in Abuja on Tuesday adjourned judgement in the Kogi Governorship tussle. Three parties including the People’s Democratic Party, PDP and the Social Democratic Party, SDP and their candidates had filed complaints against the reelection of Governor Yahaya Bello of the All Progressives Congress, APC.

The Apex court after hearing the cases adjourned judgement to 31st August.

It would be recalled that a hearing notice signed by the Director/HoD, Litigation of the Supreme Court, Ibrahim Gold was issued last week Friday, informing litigants that their appeals have been listed for hearing on Tuesday, August 25, 2020.

On May 23, 2020, the Kogi State Governorship Election Petition Tribunal which sat in Abuja in a split judgement of two to one affirmed the declaration and return of Yahaya Bello by INEC as the validly elected governor of Kogi State.

The Tribunal unanimously resolved other petitions filed against Governor Bello’s election in favour of the governor.

Dissatisfied, the four parties and their candidates in the Kogi state governorship election of November 16, 2019, appealed against the tribunal judgment before the Court of Appeal, Abuja Division, which on July 4, 2020, dismissed all the four appeals brought by the PDP, All People’s Party, APP, the SDP) and the Democratic People’s Party, DPP

The Appeal court threw away all the complaints forcing three of the parties PDP, SDP and DPP to proceed to the Supreme Court.