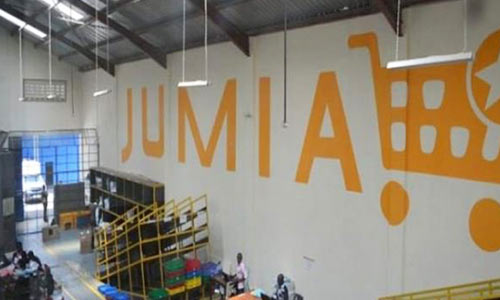 The Cinderella run on the New York Stock Exchange for the largest e-commerce operator in Africa appears to be slowing, qz.com reports.

After debuting its share at $14.50 for its historic initial public offering (IPO) on Apr. 12, Jumia’s stock initially soared, peaking at a closing price of $46.99 last week. It was one of the 10 best performing IPO stocks on the NYSE in 2019. But it’s gone downhill since with the stock recording six straight days of decline. The slide for Jumia is coming nearly a month after its IPO first launched.

The slide could yet continue for Jumia as Citron Research, a known stock short seller, has produced a report alleging the company is fraudulent and claiming that its equity “is worthless.” The main thrust of Citron’s report is centered on “material discrepancies” in Jumia’s S1 filing with the United States Securities and Exchange Commission (SEC) in March and a confidential investor presentation Jumia allegedly made six months earlier. As a short seller or advisory, Citron or Citron clients would benefit if they have taken a short position on stock and the stock price drops for any reason.

The Los Angeles-based Citron claims Jumia inflated its active user and merchant pool and failed to disclose its rate of order returns and cancellations in its S1 filing despite doing so in the earlier investor presentation. Jumia has not responded to Quartz Africa‘s email enquiries about the alleged discrepancies.

Citron also highlights Jumia’s continued losses since its launch. It’s an ongoing theme for Jumia as it faces questions over its path to profitability while navigating 14 different markets. So far, it’s proved an expensive venture with losses estimated at nearly $1 billion. While its IPO has been heralded as a success, the company still faces lingering operational issues.

Since Citron’s report was published and tweeted on May 9, Jumia’s stock has fallen further, seeing its steepest one day loss after it had already endured five prior days of consecutive losses. 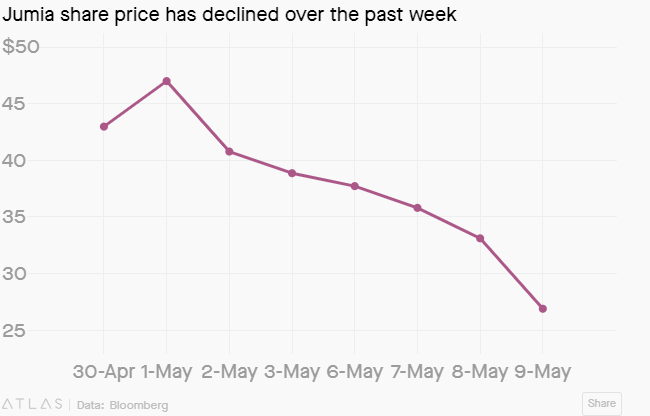 But it’s not the first time Citron has made similar claims of fraud against a publicly traded company however. Indeed, the company has established a reputation for reports alleging fraud and its founder, Andrew Left, has faced some repercussions. Left, who describes himself as an activist short seller, was banned from trading in Hong Kong for five years in 2016 by a markets misconduct tribunal. It ruled Left made allegations that were “false and misleading and likely to alarm ordinary investors” in a 2012 report that Evergrande, the Chinese property developer, had presented fraudulent information to investors.

There have also been calls, including a petition, for Citron to be investigated by the SEC for “manipulation” and reports aimed “to scare investors into overreacting.” A veteran US tech investor, who asked not to be named, is familiar with Left and Citron’s work and said Left had been known to flip flop on his own analysis, suggesting shorting a stock then switching to going long at the last minute. “I don’t think he’s breaking any SEC rules. Anyone can say anything on social media long or short but I would never make an investment decision based on what he says.”

In its report on Jumia, Citron repeatedly refers to Jumia as a “Nigerian company” involved in fraud and notes “not even that elusive Nigerian prince can cover this one up.” That reference is significant given the infamy of online fraudsters claiming to be fake Nigerian princes and the fraud red flags such emails are known to signal.

Nigeria is Jumia’s biggest market but, as its S1 filing (which Citron claims to have analyzed) pointedly shows, Jumia Group is not a Nigerian company as it is led by French founders, incorporated in Germany and headquartered in Dubai. And, as Quartz Africa has previously reported, Jumia’s identity as an African company has become a hot button topic since news of its planned IPO first surfaced with notable insiders in African tech ecosystem keen to brand the company as European rather than African.