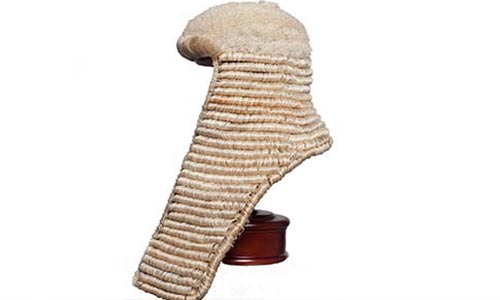 Editors NOTE: E-Note, posted on his Facebook wall
…………………………………………
Exactly two weeks ago, I was to appear before Honourable Justice Tijani Ringim of the Federal High Court, Lagos for a vacation matter which was urgent in nature and thus required utmost attention of the court to save the life and property of a client.

I arrived court before 9am. I found out that my matter was listed as number nine(9) out of over fifteen (15) matters listed in the causelist for the day. I heaved a sigh of relief praying that God willing, I should be out of the courtroom max 1pm as I had a flight to catch at 3pm; little did I know that I was in for a rude shock. Five Senior Advocates of Nigeria (SAN) showed up in court. Two out of the five were together in one matter representing a party with no SAN on the other side. The other three were in different matters.

Few minutes after 9am, the judge entered the courtroom and as usual, the SANs’ cases were called first despite the fact that their matters were not among the earliest cases listed in the causelist. That is the privilege they enjoy as members of the inner bar- to have their matters called out of turn.

The first two SANs led by a popular Lagos lawyer whose first name starts with K and his surname ends with O took over one hour just to argue his withdrawal of his client’s case. Over one hour just to withdraw a case!
The other remaining three SANs spent over three hours arguing who is the counsel briefed to handle the matter they all came for. It was a political matter involving one of the two major political parties that have been troubling this country. The three SANs took over three hours just to argue who is the actual counsel for that political party!

Other non SANs (myself inclusive) were patiently waiting for our turn. After a lot of time was spent by the SANs in arguing stuffs that needed not be argued and having satisfied themselves on who the right counsel is, their matter was adjourned. The judge took a break to calm himself. That is understandable. No human can take such inconsequential legal fireworks without needing some form of rest to recover.

The judge later came in, resumed sitting and started calling the cases according to the causelist for the day. When it got to number 8 on the causelist, the judge announced that he cannot continue sitting. The time then was few minutes past 8pm! Yes 8pm in the night and my matter was yet to be called. The judge apologized that he could not continue. He could not even give an adjourned date as that day was his last day as a vacation judge. All vacation matters were consequently sent back to the registry for re-assignment to a new judge and the day was effectively wasted for most of the non SANs whose matters were not called.
My submission
…………….

In this period of front-loading of legal arguments, I sincerely do not think it is a mark of legal dexterity for a counsel especially a SAN to come to court and consume more hours than necessary in arguing his case at the detriment of other lawyers on the queue whose matters must also be heard that day. Also the attitude of the judges and justices on the bench do not help matters. A judge is ready to indulge a SAN and patiently listen to his inexhaustive arguments (whether relevant or irrelevant) yet that same judge will not as much as give non senior advocates a quarter of the time he gave the SANs. That is not justice.
Solution
………….

I think it is good that a timekeeper is provided in courts and a specific maximum time is allotted to every counsel doing his case in court. Once you start addressing the court, your time starts ticking and if for any reason your lengthy oral legal arguments (which ought to have been filed in written form) cannot be accommodated within the allotted time, you take a date and continue the argument on another day. No lawyer has the right to come to court and deprive others of their rights to have their matters heard timeously – Not even the SANs.

The privileges prescribed for the SANs are essentially limited to three – sitting at the front rows in the court(inner bar), having their matters called out of turn and wearing a silky gown. Anything more than these three does not help our justice system and should be dispensed with forthwith.