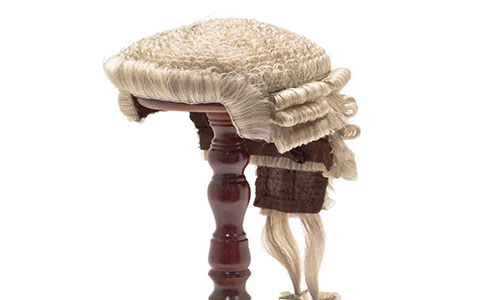 *He was never my tenant, says ex-landlord

A 55-year-old lawyer, Sim Nnamani, has claimed that he lost his primary, post-primary and law degree certificates as well as other valuables to alleged forceful eviction by his landlord.

Nnamani, who lived at No. 12 Falana Street, Iyana Ejigbo, Lagos, claimed to have been forcefully evicted from the one-bedroom apartment he shared with his brother when the former landlord, Gbenga Adeyanju, sold the house to another man.

Our correspondent, who visited the property on Saturday, observed that the wall separating Nnamani’s apartment from that of his neighbour was perforated with holes.

He alleged that the new landlord, through his agent, one Taiwo, and in connivance with his former landlord, asked artisans to remove the roof of his apartment.

Nnamani stated, “Two artisans approached me with hammers in their hands on September 9, claiming that they had been contracted by the agent to the new landlord to pull down my apartment. I asked them to go ahead if that was what they were asked to do.

“But on a second thought, I went into the house and brought out receipts as evidence of the payment I made to the former landlord’s mother, Mrs Alice Adeyanju.

“They made holes in the wall after removing the roof. All my belongings were destroyed by rain through the open roof. All that I have acquired in this world were in that apartment.

“My First School Leaving Certificate; my West African School Certificate/GCE; my LLB degree, which I got in 1992; my qualifying certificate from the Law School signed by Babatunde Ibironke; my clients’ documents and those concerning the jobs I am handling on the development of financial institutions were in that house.

“So, I am at a crossroads. The most painful thing is that I cannot even practise as a lawyer now.”

Nnamani accused his former landlord, Gbenga, of telling the new landlord that he was an illegal tenant and that he should do everything humanly possible to take possession of the property.

The lawyer added that he had lived in the apartment for four years.

“I lived in the house for four years and Gbenga told the new landlord that he did not know me. But he has been collecting money from me for electricity supply to the apartment and for the pumping machine,” he stated.

Nnamani also condemned the action of policemen from the Iyana Ejigbo Police Station, whom he accused of supervising the demolition of his apartment, after which they sent a letter of invitation to him.

He said, “This invitation is from the police; it is belated. The police would have invited me to their station if they were told that I am an armed robber, but a week after demolishing my apartment, they came to serve me an invitation. I don’t understand the kind of police we have in Nigeria.

“I learnt that three policemen came to arrest me like a common criminal. I have a clean record, but someone is feeding them with wrong information about me. And that person is Gbenga Adeyanju.”

He added that his brother, who rented the apartment from Gbenga, left the house because he got a job at the Lagos International Trade Fair Complex as a manager and left him in the apartment because of the distance to his workplace.

When contacted, Gbenga described Nnamani as a stubborn man, who was never his tenant.

He stated, “You see that man is a very stubborn man. He was not the person, who rented the apartment from me in 2008. So, when my family decided to sell the property, we served every tenant in that house a notice to quit His brother moved out since November last year and the other tenants also vacated the house.

“Nnamani, who had at a point helped his brother to pay his rent, came to me and I told him that instead of paying for someone else, he should secure his own rented accommodation since the documents with me only recognised his brother, who rented the apartment from us.

“I also vacated the house so that everybody would know that I meant business.”

Taiwo, on his part, said he only followed the new landlord’s instructions to demolish the apartments in the building, adding that from what he gathered from the former landlord, Nnamani was not a tenant in the house.