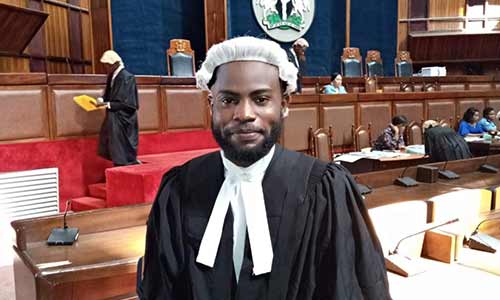 Marriage is a formal contract between two consenting parties (man and woman). Generally, every contract is subject to termination or determination. Thus marriage as a contract is no exception. This article explores the legal way by which a marriage can be dissolved. There are three types of Marriage in Nigeria i.e. Islamic Marriage, Customary Marriage and Statutory Marriage. It is pertinent to state that the kind of marriage contracted determines the form of divorce. This article focuses on divorce under statutory marriage. It presents the reader, with other available options when divorce is not practicable.

The article will be analyzed under the following headings;

Divorce (legally called dissolution of marriage) is a formal process by which a marriage contracted under the law is terminated thereby absolving parties of marital obligations. Dissolution of marriage is one of the several reliefs available to a couple seeking judicial intervention. Matrimonial reliefs are the remedies available to a party approaching the court. Generally, the reliefs include;

Note: At least one of the facts stated above i.e. (a)-(h) should be pleaded, in addition to the ground that the ‘marriage has broken down irretrievably’ before a Petition for dissolution of marriage can be granted.

CLAIM FOR DAMAGES WHERE ADULTERY IS COMMITTED

It is called differently depending on the jurisdiction, whether it is called alimony, spousal support, aliment or spouse maintenance; the meaning is the same. It is a provision either by the husband for the wife or the wife for the husband after divorce. The husband and wife may agree on the amount and the manner of payment and summit it to the court for approval or the couple may allow the court to decide on the amount to be paid and the manner of payment. The main idea for alimony is to provide financial support for the spouse with low income. In awarding alimony, the court takes into consideration the duration of the marriage, number and age of children, quantum of income and the age of the benefiting spouse.

STEP ONE: The marriage must have broken down irretrievably.

STEP TWO: Try to settle the problem by reporting to family members. In case of cruelty or physical abuse report the matter to the nearest police station.

STEP THREE: Contact a lawyer or a Non-Governmental Organization or speak to a closed trusted friend/family, or read article online about divorce.

STEP FOUR: Decide the appropriate matrimonial relief, consider all the available options. Divorce should be the last option.

STEP FIVE: File a Petition in court. At this stage the service of a lawyer is needed. A marriage conducted in Lagos Marriage Registry can be separated in any State High Court in Nigeria. The resident of the man becomes that of the woman immediately marriage is conducted. If the man is not living in Nigeria the woman may have little issue.

STEP FIVE: Attend reconciliation meetings (usually organized by the court). If reconciliation fails proceed to trial and present all the necessary evidence and call necessary witness(es). In a situation where the marriage certificate cannot be found, call at least two persons that witnessed the marriage to testify.

STEP SIX: Wait for the court to deliver judgment. It may take months or years.

STEP EIGHT: If the court grants your prayer for divorce, you are free like a bird. At this juncture, cohabitation will be terminated, move out to a place of your choice and live a happy life.

STEP TEN: Do not rush into another marriage without understanding the person. If you are single reading this article, then you are the luckiest person on earth because you will avoid the temptation of rushing into marriage for the purpose of wealth, physical appearance and material considerations. Money may finish, beauty and handsomeness will fade away, but a good character will remain till the last breath.