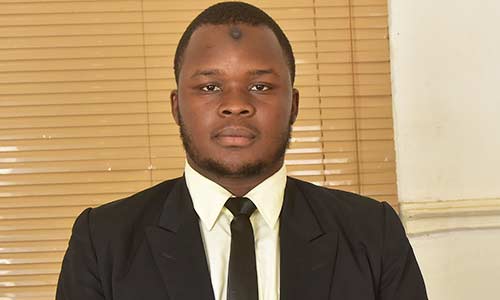 Court is among the most important component of a society. It plays a pivotal role in the organisation and maintenance of the legal order. It’s a platform that meant to bring order and encourage people to live in peace and harmony.

In order to make conducive atmosphere for maintaining peace and order in the society, the chairman Gombe State House of Assembly committee on Judicial Matters, Hon. Ibrahim Ayambi Ayala has sometimes this year moved a bill for enactment of New Area Court Law in the state. The applicable Area court Law is too old to serve the purpose being  inherited from Bauchi state when Gombe got a State. The movement toward such reform by Honarable Ayala did not come as a surprise. He has an impeccable record of service, dedication to duty and sound academic background, and most importantly, always have his people in mind.

Area courts in Gombe are much crowded and have a jurisdiction to entertain almost every matter. The wide jurisdiction they have has resulted in abusing the process. Furthermore the courts are handled by many ‘incompetent’ (sorry, I don’t have a better word) judges who barely have a procedural knowledge. The bill which was accepted and passed into law by the House has tried much to address some issues which will go a long way in solving these problems. Section 23 of the Law has provided that ‘ As from the commencement of this law no Area Court shall exercise criminal jurisdiction in whatever form or manner.’ This provision will immensely contribute to the decongestion of Area Courts. Criminal matters are too important and risky to be left at the mercy of everybody. Criminal matters are now to be handled by Magistrate Courts alone.  However, for the justice to serve its full essence there is a strong need for the effective criminal administration system of justice in the state. I therefore urge the house to consider ratification of Administration of Criminal Justice Act (ACJA).

Moreover, section 3 of the new Law has tried to bring judges with reasonable knowledge and experience to administer these courts. As Holmes J postulated, the learning of law has not always been logic but experience. There are many provisions of this law that if applied will contribute immensely to judicial reform in the state.

However,  it’s worthy to be noted that the law will lose its purpose if relevant stakeholders failed to address some vital challenges. For instance, many courts are residing in a temporary ramshackle places. Some courts are sitting in a hired ‘small local shops’. Relevant stake holders should endeavour to look at these challenges so as to create conducive environment for the administration of justice. Courts are known to be the bastion of justice and therefore, neglecting them will lead to chaos in the society.

Sir Ayala congratulations and we expect much more from you.

Ahmad Abubakar Dubagari is a writer, author and poet. He writes Law Faculty, Ahmadu Bello University, Zaria. Founder, Ben Hanbal Research and Writing Consultancy. He could be reached through his email ahmedbuba19@gmail.com or 08146515644