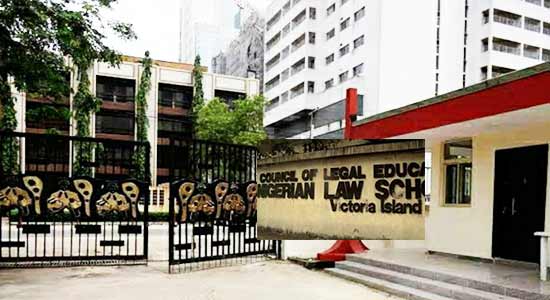 Calm has returned to the Lagos Campus of the Nigerian Law School after the news broke that there was a fire outage at the campus located on Ozumba Mbadiwe Street, Victoria Island.

During a visit to the institution on Thursday, the Head of Administration, Dr Nathan Akubumadu confirmed the fire incident but declined to grant interviews on the issue.

He, however, took Channels TV’s judiciary Correspondent, Shola Soyele to this scene of the incident, the law school Hostel B. He explained that the incident was a result of a power surge in one of the circuits.

“A power surge occurred around 11 pm Wednesday night in one of the circuits within the hostel premises and it affected the armoured cable that supplied power to the hostel. But our maintenance unit was on the ground to put it out immediately,” he said.

“I wasn’t even around. I left the school around 7 pm after the school hosted the ceremonial dinner which had some dignitaries in attendance. I started receiving calls as early as 4 am the next day from Yola, Enugu and even from abroad to enquire about what happened. They made it look as if the law school was fire but you can see for yourself that it’s not as bad as being reported.”

Another staff of the school who also spoke on the condition of anonymity said she was on the campus when the incident happened.

“A lot of students ran out in panic, some called their parents and a lot of parents came to the school that night to pick the children.

“But there was no student casualty, one staff fell down and her ankle got swollen. She was taken to the school clinic and was given injections and she has since been placed on drugs and discharged,” she stated.

The school authorities also mentioned that the school had received visitors from the Department of State Security Services (DSS), the leadership of the Council of Legal Education amongst others who had come to see first-hand the state of things.