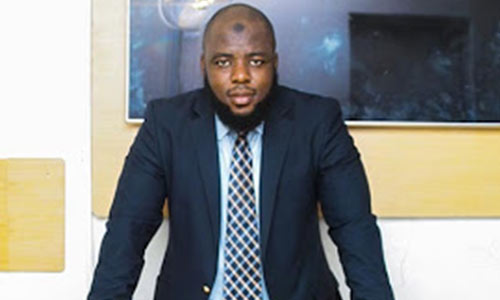 Mr. Ahmed Adetola Kazeem, the Managing Partner of Adetola Kazeem LP has applauded the President of National Industrial Court, Hon. Justice Benedict Kanyip on his step towards embarking on the digitalization of the Court.

This is contained in a statement issued by him which was sighted by TheNigeriaLawyer, titled “The Need for other courts to emulate National Industrial Court of Nigeria.”

According to him, he noted that the Court has been able to take a bold step ahead of many other Courts within the context of the pandemic through technology.

“The NICN is head and shoulders above other courts in terms of technological advancement particularly considering COVID-19 and the need to reduce physical contact as much as possible.

“The vision of the Hon. President, His Lordship, Hon. Justice Benedict Kanyip, PhD, FNIALS to completely digitalize the judicial processes following the issuance of practice directions and guidelines for the Court sittings on the COVID-19 pandemic is in full gear with the recent release of the new version of the NICN Mobile App.” He said.

Meanwhile, while narrating his experience on the application, he remarked:

“I downloaded the app and I noticed the new features that allow litigants, counsel and the general public to have unrestricted access to the Court proceedings holding via the Virtual Sittings.”

Furthermore, he disclosed that the application is well updated to such an extent that a recently delivered judgment has been uploaded thereon.

“I was utterly surprised while reviewing the app last week Friday that a Judgment delivered in a matter I was involved in on the previous Wednesday was already on the app.”

Finally, he stated that is it hoped that other Courts would follow the digitalization process as done by National Industrial Court.

“I hope other courts can follow the lead of the National Industrial Court of Nigeria in ensuring full digitization of our courts and the commitment to the timely and effective dispensation of Justice.”