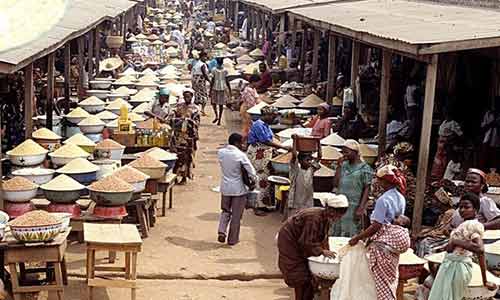 NIGERIA has officially entered into its worst economic recession in over three decades, posting its worst growth rate since 1983.

According to the National Bureau of Statistics, NBS records released on Saturday, Nigeria’s economic growth contracted by -3.62 per cent in the third quarter of 2020.

This is the second consecutive quarterly Gross Development Product, GDP decline since the recession of 2016. The cumulative GDP for the first nine months of 2020 stood at -2.48 per cent.

The GDP growth rate measures the economic output of a nation by comparing one-quarter of the country’s GDP, to the previous quarter.

When the GDP growth rate of a country is negative consecutively for two financial quarters, then the economy of that country slides into recession.

According to records from the NBS, this is also officially the second recession under President Muhamadu Buhari’s democratic reign and his fourth recession as head of state.

NBS has published the Q3 2020 GDP report which can be downloaded @ https://t.co/1fgGTA9dBN pic.twitter.com/XUDndP729u

Key indicators that drive a nation’s GDP growth include its consumer spendings on goods and services, business investments in the country, government spendings and its net trade.

The country has also recorded a fair share of economic prosperity recording its highest economic growth rate at 25.10 per cent in 1970, but today the growth rate has crashed to -3.62 per cent.

However, this recession makes Nigeria an unlikely destination for Foreign Direct Investment, FDI, as it offers limited opportunities for business growth, particularly when foreign corporate brands are considering an expansion into new regions.