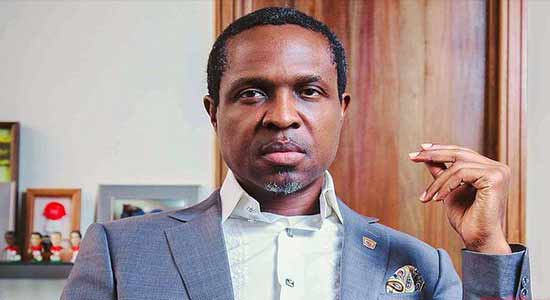 A Federal High Court sitting in Port Harcourt, Rivers State has again disqualified the governorship candidate of the All Progressives Congress (APC), in the state, Tonye Cole, over dual citizenship and non compliance to electorial act by his party.

The Peoples Democratic Party (PDP) in the state had filed a suit asking the court to direct Independent National Electoral Commission (INEC) not to recognise Cole as the governorship candidate of APC for alleged dual citizenship.

The PDP in the suit also alleged that the APC delegates election that gave Cole the party ticket did not follow due process.

In a ruling delivered on Thursday in the matter, Justice Emmanuel Obile agreed with the state PDP that the APC gubernatorial candidate, who has dual citizenship, was not eligible to contest governorship position.

Justice Obile also ruled that the APC primary where Cole emerged as the candidate was not monitored by the INEC.

Contrary to his decision on preliminary objection in a suit by APC against PDP and its governorship candidate, SIM Fubara, that no court had right to interfere in another party’s affairs, Justice Obile in the judgment against APC held that the court had jurisdiction to hear the matter.

The judge further directed the INEC to delist the name of Cole from the electoral list for the 2023 general election.

One of the counsels to PDP, Dike Udenna who spoke to journalists outside the courtroom, lauded the court over the judgment, adding that APC has no governorship candidate for the 2023 election in the state unless higher court says otherwise.

Dike Udenna: “The federal High Court sitting in Port Harcourt has delivered the judgement today, in the matter between PDP, INEC, APC and Tonye Cole of the APC. The PDP had gone to court challenging the candidacy of Mr Tonye Cole on the grounds that he is not eligible to contest the governorship election because in his form which he submitted to INEC he stated there that he had volunterily acquired the citizenship of another country, UK, and that he had sworn allegiance to the United Kingdom.

“The second reason is because the congresses where the delegates who voted for his emergence were not monitored from INEC.

“In this judgement today, the federal government affirmed the grounds and on that basis the court nullifies the candidacy of Tonye Cole. So the implication of this judgement is that the APC and its purported candidate are not eligible to participate. The court has invalidated their candidacy, held that they are not qualified to participate in the election and directed INEC to remove their names from the list of eligible candidates for the 2023 governorship elections in Rivers State”

On his part, Collins Dike expressed displeasure that the same court which disagreed with APC that no court had right to interfere in another party’s affairs on a section of constitution being used, has turned around to say otherwise.

He revealed that APC will challenge the judgment at the appeal court with assurance that higher court will do justice in the matter.

Collins Dike expressed: “First to say that the judgement has been given, in law we abide by it. However, we are disappointed and we sure we are going to test it at the court if appeal.

“Some of you were in the court and probably hear the court read the relevant provisions of the Constitution. Our constitution is very clear that where a person is a citizen of Nigeria by birth and goes on to acquire the citizenship of any other country or pledges allegiance to any other country, he is qualified to contest elections.

“Tonye Cole acquired a citizenship of the United Kingdom, he stated so in his forms before INEC but it is also clear that he is a citizen of Nigeria by birth. So, the court read that very clearly from the constitution and proceeded to disqualify him contrary to the provisions of the Constitution.

“We are proceeding on appeal immediately, we are only waiting to get the judgement as soon as possible so that we study it”.