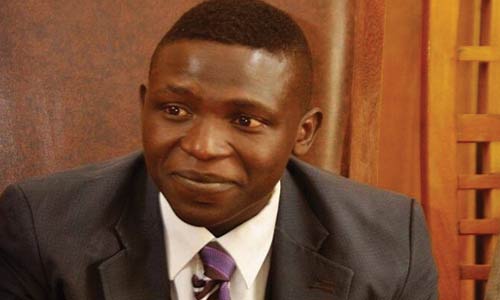 “Difference in opinion is not enmity”

One of the strongholds in the legal profession is seniority at the Bar. What this means is that certain preference is given to senior colleagues like calling a case out of turn in a cause list; right to be elected into certain positions of NBA, and appointment into certain positions of government. As such, a junior colleague is always enjoined to respect a senior colleague at all times even in speech or argument before the court of law, and many other privileges alike.

In the same vein, irrespective of the post call years of a judge, every lawyer including a Senior Advocate of Nigeria appearing before a judge must accord due respect to the judge, as his Lordship is in charge of proceedings in his or her court. This does not mean that a judge is allowed to enter the arena but rather to control the conduct of proceedings, adjudicate fairly and deliver unbiased ruling/judgment.

Having said the above, every legal professional is first a lawyer, having gone through five or six years at the university, and nine months at the law school before being called to the Nigerian Bar. Fortunately, or unfortunately we all cannot be called at the same time. Some seniors were called to Bar the year I was given birth to, likewise this writer was called in a year a future lawyer was born (circle of life). It is all time and space as decided by the Almighty that puts colleagues ahead of others.

A lawyer, be it a junior or senior, owes it as a matter of duty to protect the interest of his/her client in accordance with the tenets and provision of the law, when negotiating with other colleagues or when addressing the courts of law. Sadly, some senior colleagues have donned upon themselves ‘ominigodo of law’, that cannot be wrong, in that it is what they say or do that should be considered right, and must be followed by their junior.

God forbid that any lawyer should know all the laws. We are all human and bound to be wrong or make certain mistakes once in a while as we progress in life and our profession. It is only healthy to be corrected once such errors are spotted by a junior.

In my opinion, once due respect is accorded in the manner of speech and approach in giving a contrary opinion to a senior colleague, the senior colleague owes it as a means of encouragement to the younger lawyers to listen, and decipher if the comments made by the junior colleague make sense or not.

For instance, our parents grew up in an analogue world and not accustomed to the use of smart devices, it is only right that they call upon the younger ones born into the digital world to assist them operate such devices whenever they have difficulty operating their phones or tablet.

In the legal industry, some law firms are yet to upgrade their modus operandi to fit the current trend of information and communications technology (ICT) because they have refused to allow the junior colleagues in the office transform the way of doing things from analogue to digital.

The legal profession can only grow when the experience of the old is merged with the ideas of the young to forge a greater part, not to discard the observation and comments of a junior colleague simply because of his/her post call years. This writer is a witness to juniors being castigated for having contrary opinion to that of senior colleagues. Some seniors take it as an affront if a junior has a contrary view to theirs, and this makes the juniors fear their seniors rather than respect them.

In the words of Abhijit Naskar “Difference in opinion are no reason for hatred, as long as someone’s opinion is not aiding in the creation of differences and hatred in the world… it is okay to disagree with each other, what is not okay is to hate each other because we disagree.”

Do send your comment(s), observation(s) and recommendation(s) to [email protected] or like us on www.facebook.com/theadvocatewith danielbulusson