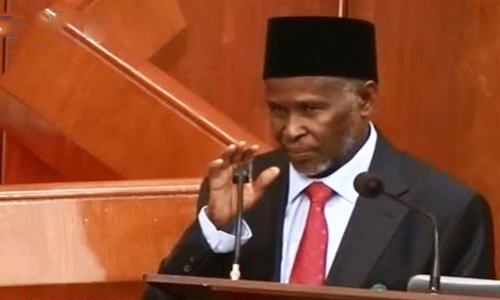 A man in society deserves a good measure of security of life and property. A criminal on the other hand deserves serious attention and treatment from the state and its enforcement agencies.

Today, the two main criminal legislations in the country: Criminal Code (South) and Penal Code (North) are in need of urgent review to keep pace with current realities.

Penalties imposed by both the Criminal and Penal codes also need urgent updating regarding fines. This is against the background that both codes were enacted in the last century.

Both codes contain fines that require serious update to meet current realities. For instance, when a court sentences an offender to pay a fine; whether with or without imprisonment under both codes, the court which sentences the offender may direct by the sentence that in default of payment of fine, the offender shall be committed to prison for a certain term.

In some cases, the period of imprisonment may be up to one year for an offence that requires the payment of a fine not exceeding N100 and one-month imprisonment for a fine of N50. This is because N100 in those days used to be a lot of money.

Out of the 36 states and the Federal Capital Territory (FCT), only Lagos has updated its Criminal Laws with the enactment of the Criminal Laws of Lagos State in 2011. Under this law, a different scale provides that an offender who is sentenced to three years imprisonment may pay a fine of N360,000, while an offender sentenced to three months may pay a fine of N45,000.

On the other hand, the Nigerian Law Reform Commission (NLRC) which major business is to keep under review all Federal Laws with a view to their systematic development and reform in consonance with prevailing norms of the Nigerian society, is currently undertaking a revision exercise of all laws of the federation. The exercise started in 2018.

The NLRC, in response to several appeals, decided to unify the two codes which should be applicable in the FCT and can serve as a model for the states to adopt with such modifications as local circumstances may dictate.

Today, the unification of the two criminal justice systems has reached advanced stage; with a view of making the Nigerian legal system responsive to people’s needs.

Obiagwu further said NLRC ought not to be under the executive arm of government as it is today, but under the legislature.

A former Chairman of NLRC, Barr. Kefas Magaji, who agreed with Obiagwu, said that was the commission’s greatest challenge.

Barr. Magaji said, “The law setting up the commission provides that when law reform finishes the work, we submit it to the Attorney General of the Federation (AGF). It is the AGF who will now submit it to the Federal Executive Council (FEC). It is the FEC which will now take it to the National Assembly as an executive bill. We borrowed the law from England. In England, the AG is a member of parliament. So when law reform is submitted to the AG, it automatically goes to parliament, but in our system here, the AGF is not a member of parliament, so he has to go to FEC before it is passed on to the National Assembly (NASS) by FEC.

“So, the chain here is quite long, and that affects the smooth transmission of our report to the National Assembly which finally enacts it.”

If the NASS is satisfied with what the commission has done, it can proceed to enact it without necessarily waiting for the AGF to go to FEC. The NASS and the Office of the AGF seem to have accepted that arrangement when the Administration of Criminal Justice Act (ACJA) 2015 was passed into law.