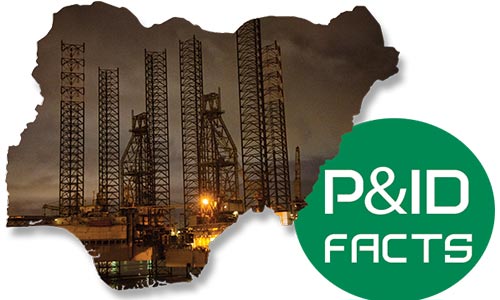 Controversy has continued to trail the August 16, 2019 judgment of the London Admiralty court that awarded US$9.6 billion to an Irish firm, Process and Industrial Developments (P&ID) Limited, against the Nigerian government. The whopping sum was awarded as damages for a breach of contract with the firm.

Since the judgement became public knowledge, many Nigerians have been agitated over the ugly development. For some critical observers, the judgment was simply a judicial scam and to others, it was a further confirmation of the failure of leadership and rot in the system.

The questions on the lips of many are: –What really happened? Was there more to the judgement? Is there any way out of the scandalous development? Will Nigeria respect the judgement and pay the awarded damages to the Irish firm? In fact, the questions are endless.

Genesis
In 2010, P&ID signed a Gas Supply and Processing Agreement (GSPA), with the Federal Ministry of Petroleum Resources, in respect of the accelerated gas development project in Nigeria’s OMLs 67 &123.

The idea was to construct a facility to process raw gas, which would be used to generate power. While the company was to build a gas facility wholly at its expense, and export the bye-products, such as methane, propane, hydrogen sulphides and nitrogen for a profit, the Federal Government (FG) was required to lay gas pipelines and other relevant infrastructure and deliver to the gas plant.

However, after two years of the agreement, precisely in 2012, and nothing seemed to be happening in that regard, P&ID tabled the matter before a London arbitration tribunal, claiming damages for breach of contract. They argued that for failing to build the required pipeline, government failed to live up to its part of the bargain.

Worthy of note is the fact that P&ID was equally alleged to have failed to build any plant as agreed in the contract; a point, which the company quickly deflated, saying that it made several failed attempts to engage the government to be able to find a practical way out of what seemed then to be like an impasse.

Years of legal battle
Although the matter was before an arbitration tribunal in London, P&ID, on May 3, 2015, at the twilight of Dr. Goodluck Jonathan’s administration, was said to have written to the government, expressing its readiness to accept out-of-court settlement of US$850 million.

That appeal failed to elicit any positive result, as according to one of the former president’s spokesmen, Reno Omokiri, former President Jonathan felt uncomfortable making such a payment on the eve of his departure, for fear that Nigerians would give it a different interpretation.

Consequently, in July 2015, the tribunal awarded P&ID US$1.9 billion in damages. And ever since then, various sums of money have been awarded to the company against Nigeria, the latest being the August 16, US$9.6 billion judgment sum.

Mixed reactions
Nigerians are not taking it lightly as opinions are sharply divided on the matter. While some people argue that the case ought to have been handled by a Nigerian court and not a London court since the contract was signed here in Nigeria, others are of the opinion that the company lacks the right to ask for any kind of damage since it also failed to meet up with its own part of the deal. This school of thought believes that P&ID is a shadowy off-the-shelf company, which did not invest a penny in the deal, but has now turned around to want to reap where it did not sow. This class of individuals went further to describe the judgement as a well orchestrated and syndicated attempt to swindle Nigeria, and advised that the best way to respond to it is to out rightly denounce the snub. Yet, there are those who strongly believe that doing that would be detrimental to Nigeria as any attempt to give room for the implementation of the judgement would spell economic doom for the country.

Reality on ground
The judgement has thrown the government into a panic mood. This is largely due to the latitude given to the company by the arbitration court. The judgement granted the company leave to seize all of Nigeria’s assets in the sea and on land, including ships and oil tankers, gold deposits, shares, bonds, securities, real estate and Central Bank reserves owned by the Federal Government of Nigeria. The minister of finance was quoted to have said: “Paying the fine will seriously affect the economy and inflict more pains on our people.
But, we take solace in the fact that Nigerian government is making serious efforts to set the judgment aside, even though, the judgement, taken at face value, completely dissolves Nigeria’s sovereignty as a state entity.”

There is a belief in some quarters that the judgement is one of the worst debacles in the history of Nigeria, comparable only to the 2009 loss of the strategic Bakassi Peninsula to Cameroun at the World Court.

However, to save the country from the impending economic doom which is bound to happen if the judgement is implemented, the government has vowed to appeal the judgement in a United States of American court, as well as punish those who were involved in the national embarrassment.

Lending his voice to the raging argument, a Senior Advocate of Nigeria, Chief Mike Ozekhome, argued that the best option for the Federal Government to halt the looming danger was to immediately appeal the judgement and ask for a stay of execution. He also expressed fears like other well-meaning Nigerians that if the judgment is allowed to be implemented, it would definitely plunge the country into a serious economic recession of unimaginable magnitude.

When Ozekhome warned the FG not to grandstand, he was specifically reacting to a statement credited to the information minister, Alhaji Lai Mohammed, who allegedly boasted that Nigeria would not surrender any of her foreign assets. He reminded the minister that United Kingdom is not Nigeria where court orders are treated with “disdain, levity, derision and violated with utmost impunity.” He argued that all the

P&ID needed to do to get the judgement sum from Nigeria was to use available time-tested and trusted legal option of garnishee proceedings, attach all available and known Nigeria’s bank accounts, assets, monies and properties wherever they find them in the UK and in any part of the world.

Another SAN, Femi Falana, described the contract which led to the UK court’s judgement as a package of official fraud. He urged the FG to file an appeal in the UK, challenging the legality of the contract on the grounds of fraud. He argued that the company was hurriedly set up in total breach of the Public Procurement Act. He said: “By January 2010 when the contract was purportedly approved and signed, President

Umaru Yar’Adua was in a state of coma in a health facility in Saudi Arabia. So, the document was forged. Even the budget of that year was forged by the cabal that hijacked and exercised presidential powers at the time.

“No doubt, the contract can be challenged on the grounds of fraud, but the issue of appeal should be seriously pursued in the United Kingdom.”

Some other lawyers warned that much as it is good to go after those who were responsible for the contract, the first priority of government should be to find an immediate solution to circumvent the implementation of the judgement.

However, the former president of the Nigeria Bar Association (NBA), Olisa Agbakoba, a Senior Advocate of Nigeria (SAN), has also reminded President Muammadu Buhari that he is aware of a significant number of arbitral awards made against Nigeria, advising that government should carry out an immediate and urgent audit to determine the extent of such awards, which according to him are also capable of causing economic dislocation if not properly handled and in record time too.

Commenting on the US$9.6 billion judgement award, he said the development was only a pointer to the fact that Nigeria needs a National Arbitration Policy. Agbakoba, who had earlier in 2009 canvassed for the establishment of a national arbitration policy, insisted that if the FG had heeded his advice then, the present situation would not have arisen.

Also, the Coalition of Civil Society Groups (COCSGs) believes the judgment was fraudulent. This was clearly stated when its members protested at the UK and Irish embassies in Abuja, clutching placards with such inscriptions as, “ No illegal takeover of our national asset; US $9.6bn judgement is a fraud, as well as Nigeria rejects fraudulent judgement from British judge.”