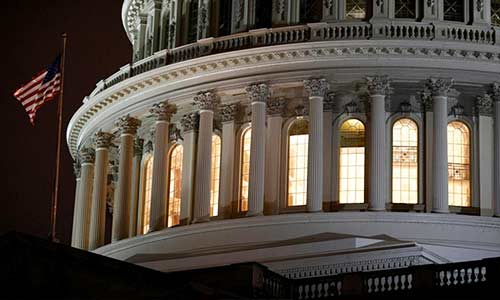 The House of Representatives of the US Congress has written to Honorable William P. Barr, Attorney General, U.S. Department of Justice, and the Honorable Michael R. Pompeo, Secretary of State, asking for clarification on why the United States should repatriate the Abacha loot when the Government of Nigeria refuses to support a second forfeiture action against a separate tranche of millions in funds stolen by Abacha and linked with Kebbi State Governor Abubakar Bagudu.

The letter which is dated 15th April, 2020, was signed by Steve Chabot, Co-Chair, Nigeria Caucus, and Christopher H. Smith, a Ranking Member of the  House Foreign Affairs Committee, Subcommittee on Africa, and made available to TheNigerialawyer (TNL).

In the letter, the US Congress is seeking for clarification regarding the decision to proceed in repatriating more than $320 million that former Nigerian dictator Sani Abacha and his co-conspirators stole, despite the Government of Nigeria’s historically bad record on corruption, its refusal to cooperate with the Department of Justice (DOJ) to identify further funds stolen by Abacha, and the failure to seek reassurances that the money will be repatriated under a regime of sufficient oversight as to allay fears that it will only be stolen from the Nigerian people yet again.

“We appreciate that Nigeria has committed to use this repatriated money to fund badly needed infrastructure projects under the repatriation agreement. Despite this, the State Department’s 2019 Country Reports on Human Rights Practices for Nigeria characterizes corruption in the country as “pervasive” and “endemic,” and states that “government officials frequently engaged in corrupt practices with impunity.” In fact, we believe that at least one likely beneficiary of one of these infrastructure contacts, Julius Berger Nigeria Plc, has been involved in significant corruption in the past, and can reasonably be expected to engage in such practices again. Moreover, under the agreement, the DOJ will transfer some of this money to Kebbi State Governor Abubakar Bagudu, a man who abetted Abacha’s theft to begin with. To return the money to one of the original co-conspirators stands the principle of criminal restitution completely on its head.

“In addition to its corrupt practices, we ask your clarification on why the United States should move forward repatriating this money when the Government of Nigeria refuses to support a second forfeiture action against a separate tranche of millions in funds stolen by Abacha and linked with Bagudu. Both the U.S. Justice Department and the United Kingdom agree that Nigeria’s noncooperation is harmful to ongoing efforts to recover stolen assets. Such a refusal gives the appearance of a country that is acting in bad faith with the United States addressing its corrupt practices and signals the uncertainly of its ultimate disposition when the funds are returned.

The Congress further said that they should provide a copy of the agreement between the United States, the Isle of Jersey, and Nigeria as well as any annexes or side-deals to the agreement. They also asked that, after the money is transferred, what oversight mechanism, if any, will ensure that Nigeria is acting in good faith in accordance with the agreement facilitated by the United States and the Isle of Jersey, or to prevent the money from going to officials who will use it in violation of the Foreign Corrupt Practices Act? And that is there is none, he should explain why not and what steps the United States could take before transmitting the funds to ensure proper oversight.

“Why is the United States participating in the return stolen money by Abacha when Nigeria is not fully cooperating with the United States and other entities regarding outstanding funds stolen by Abacha? What steps are being taken to ensure that Nigeria does not return any stolen money to any of the officials who were involved with the original Abacha corruption?”, they asked.