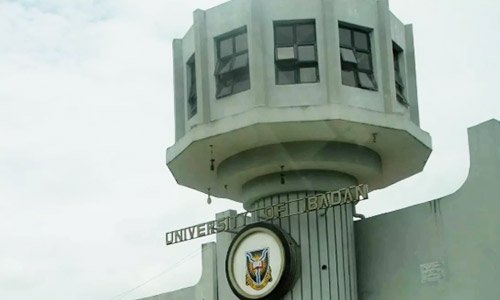 The Senate has summoned the Vice Chancellor of the University of Ibadan, Prof Kayode Adebowale, over an alleged assault, conspiracy and victimisation of a female lecturer, Dr Adenike Ogunshe, of the Department of Microbiology.

The Senate, through its committee on Ethics, Privileges and Public Petitions, issued the directive during a panel hearing in Abuja.

The committee’s Chairman, Senator Ayo Akinyelure, noted that Ogunshe had written a petition to the Senate, asking for reinstatement after her appointment was terminated by the institution, about seven years ago.

Ogunshe, in the petition, pleaded with the Senate to compel the university authorities to obey a court judgment that ordered her reinstatement.

The lecturer claimed that the termination of her appointment had deprived her of the opportunity of becoming the first female professor of microbiology in Nigeria.

She, therefore, urged the Senate to invite the Vice Chancellor and the Registrar of the university for questioning.

The committee chairman at the last panel sitting read part of her petition where it noted that Ogunshe alleged that there was a grand conspiracy against her.

Akinyelure lamented that several invitations extended to the authorities of the university to appear before his panel had yielded no positive results.

He said the Senate might take appropriate sanctions against the Vice Chancellor if he failed to appear in person before the panel at the next sitting.

The senator added, “We are warning the Vice Chancellor of the University of Ibadan to respect the Nigerian Senate as a critical democratic institution. This woman would have been the first Professor of Microbiology in the whole of Nigeria but she was denied.

“If the authorities of the University of Ibadan failed to appear before the Senate next (this) week and explain why this woman should not be reinstated, we would recommend sanctions against the institution.

“The woman went to court to challenge her termination of appointment and the court voided the action of the university. The authorities did not appeal against the verdict or apply for a stay of execution five months after the verdict was delivered.

“The VC should respect the laws of the land by obeying the judgment of the court and reinstating the woman. Failure to do so would amount to contravening the Nigerian constitution.”

Akinyelure further explained that the sanction on the institution would include withholding of funds to the premier university.

He said, “The Senate might not hesitate to direct the Federal Ministry of Finance to stop releasing money to the authorities of the University of Ibadan to fund its 2023 budget if they failed to obey the laws of the land.