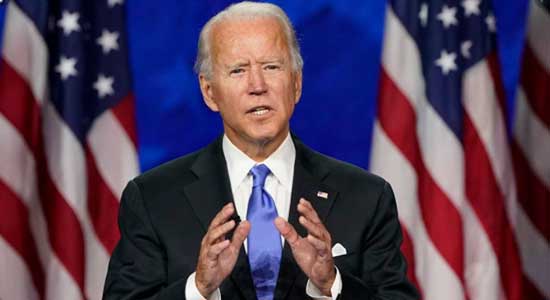 “The United States is imposing swift and severe costs on Russia,” the White House said in a statement. It also announced that G7 allies support imposing “costs” on any country that backs the Kremlin’s attempt to incorporate the Ukrainian regions.

“The United States will always honor Ukraine’s internationally recognized borders. We will continue to support Ukraine’s efforts to regain control of its territory by strengthening its hand militarily and diplomatically, including through the $1.1 billion in additional security assistance the United States announced this week,” he continued.

“In response, the United States and our allies and partners are imposing swift and severe costs,” he said.

In a warning to the small number of countries potentially willing to recognize Russia’s self-declared sovereignty over the four invaded regions, the administration said the G7 – Britain, Canada, France, Germany, Italy, Japan and the United States – had agreed to punish any such support.

“We are also issuing a clear warning supported by G7 Leaders: We will hold to account any individual, entity, or country that provides political or economic support for Russia’s illegal attempts to change the status of Ukrainian territory,” Blinken said.

The sanctions announcement – which comes after multiple rounds of earlier measures designed to isolate Russia’s economy and cripple its ability to maintain the military – followed Putin’s speech earlier Friday in which he declared Russian annexation of four territories.

The regions – Donetsk, Kherson, Luhansk and Zaporizhzhia – are currently under partial Russian occupation, with Ukraine’s Western-armed military pushing hard to recapture the land.

In 2014, Putin annexed another region, Crimea, where Russian troops faced almost no opposition from the then badly organized Ukrainian military.

This February, he launched a full-scale invasion of eastern, southern and northern Ukraine in a bid to topple the pro-Western government, but the revamped Ukrainian military has since partly repelled the invaders and continues to push Russian lines back.