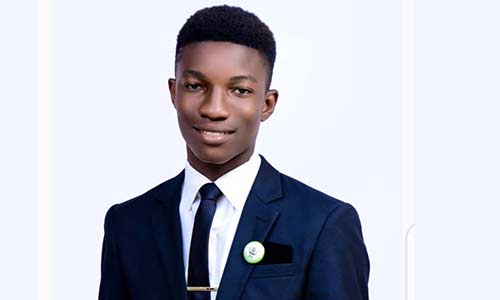 50 percent of the Nigerian Population are married ([1]), and the rate of Marriage keeps increasing year after year. This is because Marriage is a thing desirous by most people. It is important to note that Marriage goes beyond the union of a man and a woman, but requires the Knowledge of how to contract into a valid union and the understanding of the type of marriage you want to indulge in. This Article examines the types of Marriage in Nigeria and the requirements for such Marriage to be Valid according to the Nigerian legal system.[2]

Marriage is a Legally and Socially sanctioned union, usually between a man and a woman that is regulated by Laws, customs, beliefs and attitude that prescribe the rights and duties of the parties and accords status to their offspring.

A more encompassing definition of marriage is that “ Marriage is a formal union, social, and legal contract between two individuals that unities their lives legally, economically and emotionally. The contractual marriage agreement usually implies that the couple has legal obligations to each other throughout their lives or until they decide to divorce.”

For a Customary Marriage to be valid, the following requirements must be fulfilled:

Consent of Parents and guardian of the bride and Consent between the parties to marry each other. This consent must be given before celebration of the Marriage. In the case of Osanwoyi v Osanwoyi ([3]) A and B were married under the Custom and Native law. B paid a dowry of sixty thousand (60,000) to A’s Father without the knowledge and consent of A. The Court held that there was no valid marriage between A and B under the Customary Law. Thus, before a Customary Marriage is valid, both parties have to agree to marry each other and the parents who will receive the bride price also have to give an approval. This was judicially furnished in Okpanum v Okpanum (3) where the court held that in order to constitute a valid Customary Marriage, there must be parental consent and mutual agreement between the Parties. This was also held in other customary law cases in Nigeria.[4]

Payment of Bride price. The groom must pay a bride price to the parents or guardian of the bride as the case may be. And the groom must comply with their Marriage list or requirements in order take the bride away from their Custody.

The Marriage must be free from Consanguinity and affinity. That is to say that parties to the Marriage should not be related by blood or birth otherwise the marriage will be void. In most customs, it is an abomination to marry or have sex with someone of the same blood. Thus, where a Marriage is between two people of same blood e.g. brother and sister, mother and son, male and female cousin, such marriage by virtue of it’s Consanguinity is void under the Customary Law.

And also, the marriage must be conducted in accordance with the custom of the particular society.

Statutory Marriage is a Marriage performed in compliance with the Marriage Act. It is usually called White or Religious wedding.

For a Statutory Marriage to be Valid, it must comply with the provisions of the Marriage Act which includes that:

The Marriage must follow the requirements of law of that place with respect to the form of solemnization of marriage.[5]

It is further important to note that Statutory Marriage is the Voluntary Union for life between one man and one woman to the exclusion of others as defined in Hyde v Hyde (7). Thus, it is a recognized offence to marry more than one man or woman under a Statutory Marriage. Let’s quickly consider this offence.

Bigamy is literally the offence of Marrying someone while already Married to another Person. Section [6]70 of the Criminal Code Act prescribes it as an offence in Nigeria, it provides: Any person who, having a husband or wife living marries in any case in which such Marriage is void by reason of it’s taking place during the life of such husband or Wife is guilty of a felony and is liable to imprisonment for 7 years.

However, Tochukwu is not liable for the offence of Bigamy if he has divorced with Amaka or Amaka has died or he has not heard from Amaka for a period of Seven without Knowledge of whether Amaka Is still Alive.

In Conclusion, it is important to know the requirements of these types of Marriage before you contract into any of them. This Article just provides a bit of the necessary requirements you may need, you can read the Marriage Act or further inquire about the Requirements of Marriage in your Custom to know more. Failure to adhere to these requirements may lead to your Marriage being Void as that is the position according to the Nigerian legal system.[8] Importantly, if you are married under the act, you have to Legally divorce before you enter into a marriage with another person.

Tochukwu, Anayo-Enechukwu  is a Public Speaker, Content Creator and Prolific Writer. His proficiency in writing has earned him numerous publications in National and International Magazines. Recently, he was awarded Co-author of Songs of Peace – The World’s Biggest Anthology of Contemporary Poetry ever to be published. You can contact him via anayoet@yahoo.com or 08109494399.