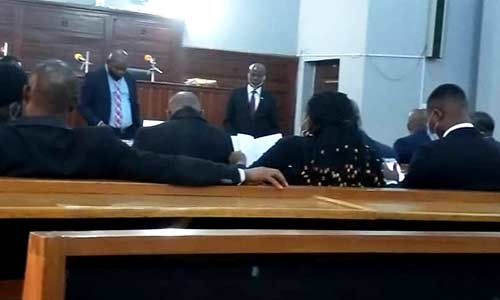 An election petition tribunal in Jos, the Plateau state capital, has struck out the petition of the candidate of the People’s Democratic Party (PDP) for lacking in merit.

Senator Nora Daduut of the All Progressive Congress (APC) was declared winner in a by-election organised by the National Independent Electoral Commission (INEC) on the 5th of December 2020 to fill up the seat left following the death of Senator Ignatius Longjan.

The PDP senatorial candidate Hon. George Daika had dragged INEC, APC and the candidate of party, Senator Nora Dadu’ut to the tribunal for electoral fraud.

After listening to arguments and counter-arguments by parties to the petition as well as witnesses and cross examination, the 3-man tribunal chaired by Justice D A Khubo in his 4hrs ruling affirmed that the petition lacks in merit and is hereby strike out.

“With the totality of evidences before the tribunal, the petitioner woefully failed to substantiate it’s allegation of substantial non-compliance and irregularities. It also failed to convince the court why he should declared as winner of the by-election.

“The tribunal therefore held that the election conducted on the 5th of December 2020 was smooth, peaceful, free, fair and credible.

“The return of the APC candidate Prof. Daduut by the Independent National Electoral Commission (INEC) as duly elected as a result of the re-run election of 5th December 2020 is therefore undisputable.

“The tribunal has no other option other than to strike out the petition by the PDP candidate thereby upholding the election of Prof Nora Daduut as senator representing Plateau South senatorial zone.”