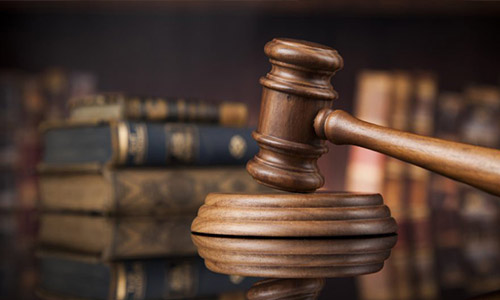 The National Assembly Elections Petition Tribunal in Abuja has upheld the election of Senator Philip Aduda of the Peoples Democratic Party (PDP) as the senator representing the Federal Capital Territory (FCT).

The tribunal in a judgment on Tuesday dismissed the petition filed by Nkechi Chinyere Doris and the Peoples Democratic Movement (PDM) against Aduda’s election.

The petitioners – Doris and PDM – had sought, among others, the cancellation of the election, on the grounds that the first petitioner (Doris), having been validly nominated by PDM, was unlawfully excluded by the Independent National Electoral Commission (INEC) from the February 23 election.

The petitioners joined INEC, Aduda and his political party, the People’s Democratic Party (PDP) as respondents in the petition.

Tribunal headed by Justice Okwudili Ezeoke dismissed the petition for lack of merit and awarded a cost of N300,000 against the petitioners – Doris and PDM.

According to the tribunal, nomination of a candidate to contest an election was not an event but a process, which would only be completed when the name of the candidate was submitted to INEC.

It observed that, whereas the petitioners plead to tender the photographs of the convention where the first petitioner was nominated for the election, they failed to do this in the course of trial.

The tribunal said the presumption was that if the petitioners had produced the photographs of the convention, they could have gone against them.

The tribunal held that the claim by the petitioners that they attempted to submit the name of the first petitioner to INEC on October 11, 2018, but was turned down and that they were only able to do so through an order of the High Court of the Federal Capital Territory was of no issue.

It noted that there was nowhere in the FCT High Court order directing INEC to accept the first petitioner or any other person from the second petitioner.

It,therefore, held that the relief sought by the petitioners has nothing to do with the alleged refusal of the first respondent (INEC) to accept the name of the first petitioner.

The tribunal held that the petitioners withheld evidence by their failure to attach INEC Form CF001, Form CF002 and nomination form to their Exhibits D and D1 but attached the court order to the exhibits.

According to the tribunal, PDM failed to comply with INEC’s guidelines on conducting primary election to nominate the first petitioner as its candidate in the senatorial election.

The tribunal further held that the party never submitted nomination form of the first petitioner to INEC.

It held that PDM was deemed not to have fielded any candidate in the senatorial election if February 23.

It noted that the purported submission of its candidate’s name was done later than the date of submission of nomination of candidates to the first respondent. It is, therefore, invalid.

The tribunal declared that the second petitioner is deemed not to have fielded a candidate in the election. The days the submitted the exhibits are less than the 60 days prescribed by the Electoral Act,” the tribunal held.

The tribunal, therefore, held that the petitioners woefully failed to prove that Nkechi was validly nominated by the second petitioner as its candidate on the senatorial election.

Earlier, It dismissed the preliminary objection n in which the respondents argued that the petition was a pre-election matter, which ought to be heard by a High Court and not the tribunal.

The tribunal held that, as against the respondents’ contention, it has jurisdiction to hear the petition, because it relates to a post-election matter, on which only a tribunal could preside.