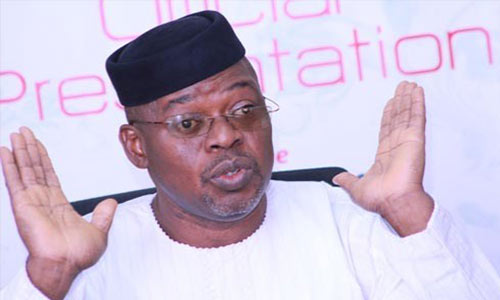 The Social Democratic Party (SDP) candidate in the June 18 governorship election in Ekiti, Segun Oni, on Wednesday lost his bid to unseat Governor Biodun Oyebanji of the All Progressives Congress (APC).

Oni, a former governor of the state had approached the court challenging winner of the election, Oyebanji of the All Progressives Congress (APC), alleging that APC didn’t have a validly nominated governorship candidate.

He argued through his counsel that the Yobe State Governor, Mai Mala-Buni who signed the nomination form of Oyebanji and who also superintended over the APC governorship primaries contravened section 183 of the 1999 Constitution by accepting to be the APC National Caretaker Chairman.

The SDP candidate also urged the tribunal to declare him the winner, alleging that the deputy governor, Chief Monisade Afuye presented a fake Senior School certificate to the Independent National Electoral Commission (INEC).

He also told the tribunal that the June 18 election was conducted in contravention of the constitution and the electoral act 2022 with allegations of vote-buying and other electoral infractions.

But delivering the judgement which lasted for about two and half hours on Thursday, the chairman of the three-man tribunal panel, Justice Wilfred Kpochi while striking out the petition and resolving all issues against the petitioner, maintained that the SDP candidate failed to prove his case beyond reasonable doubt that the victory of Oyebanji was against the nation’s constitution and the electoral act.

The tribunal in a unanimous ruling held that the petitioner failed to call enough witnesses to prove allegations of malpractices across the polling units, wards and local government areas on the day of the election, adding that the SDP only relied on hearsay evidence which the court held was not tenable in law.

Justice Kpochi while referencing the decision of the Supreme court on the Eyitayo Jegede’s suit versus Rotimi Akeredolu in Ondo state, noted that the nominations were valid in view of the outcome of the APC primaries which were decided mainly by party members and not by Buni.

The Judge held that the issue raised by the petitioners was a constitutional and a pre-election matter outside the jurisdiction of the tribunal, saying the Yobe state governor enjoyed immunity and could not be sued.

Faulting the petitioner’s failure to prove certificate forgery against the deputy governor, Chief Monisade Afuye by not calling the management of the West Africa Examination Council (WAEC) to testify against the alleged forged document, Justice Kpochi said it was wrong for the SDP candidate to introduce the allegation in his reply to the respondents and not in his initial petition filled within the stipulated twenty-one days period.

“It is vague, nebulous, generic and lacks specifics, the allegations of malpractices in the June 18 poll without giving satisfactory evidence. The candidates are qualified to contest the election and INEC conducted the poll in a free and fair manner.

“Therefore, we have come to an inescapable end that the petitioner failed to prove the cases against the respondents and we hereby dismissed the petition against the election of Oyebanji as governor of Ekiti state.”

Responding to the judgement, counsel to Oyebanji and former Attorney General, Olawale Fapohunda, SAN hailed the tribunal for upholding the victory of the governor, calling on the SDP candidate to place the interest of the state above his personal interest by supporting the government towards improving the lives of the people.

Fapohunda said, “Judgment has been delivered, every fair person who listened to the judgment will agree that it was fair, balanced and it affirmed existing authorities particularly those recently decided by the Supreme Court.

“I think what is more important to states is that we are all winners. I think the governor has never seen this as ‘us versus them’ and this affirms the need for all of us to come together and work for the progress of the state. I think that is what is important.

“We are all winners, it is time now to look away from the court and focus on what our people really want – good governance. I am sure that very soon, the governor will also be reaching out to Segun Oni to join him in ensuring that the needs of our people are bettered.

“There were a number of issues, the issue of Yobe State Governor Mai Buni was raised, the tribunal did justice to that matter by saying that it was not Buni himself that put candidates forward but APC, the issue of the certificate of the deputy governor which was a major issue raised by the petitioner was also dealt with and it is clear that the allegation that she is not qualified was not valid at all.”

However, counsel to Segun Oni, Owoseeni Ajayi who disagreed with the pronouncement of the tribunal panel, disclosed that the ruling would be challenged at the appellate court.

“We are definitely going to appeal against the judgment. You should know that we have three legs of court, this is the first, we have the Court of Appeal, we also have the Supreme Court.

“We are definitely going to appeal and superior courts will touch the areas where the tribunal deliberately left unattended to. That is our position and that is our comment.

“These people should rejoice minimally because you will realise that most of the petitions where governors were removed were done by the Supreme Court. In the case of Zamfara State, the APC governor won in the lower court, won in the court of appeal, but the Supreme Court removed him.