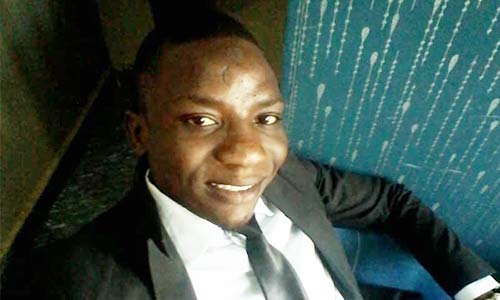 When I read that the Federal High Court sitting in Abuja has in Suit No:

FHC/ABJ/876/2019, proscribed the Shiites Organization formally referred to as Islamic Movement of Nigeria (IMN), I humbly applauded the earnest effort and development, majorly because I knew that the Court has placed the pot at the right spot. What finally succeeded in drawing my attention to the matter is the article of Abba Hikima Esq. (a notable personality in my LLB class).

In his celebrated and widely published article titled: “Legal and Security Implications of Proscribing the IMN” published in Premium Times on the 29th of July, 2019. The notable Hikima, made a wide range of contentious opinions and name-calling that one can hardly live without handling down a possible rejoinder, with a view to placing certain issues in a proper perspective. To put it mildly, the essence of this piece is to introduce a realistic and balanced perspective of some of the issues involved.

As a good starting point, I seek to highlight (not verbatim) some of the submissions made by the learned mind as follows:

With the greatest respect to my learned friend, the above submissions are misleading, bewildering and unduly exaggerated. Commonly, of course, the unfortunate IMN-Federal Government saga is a critical national issue that calls for a critical measure to be employed so as to curtail further occurrence. This is cheaply because the IMN move is not merely a religious or political matter but a security threat that calls for definite, urgent, decisive and intensive security approach. Worthy of note was the recent deadly, violent and non-peaceful protest embanked upon by the members of IMN that put the nation’s security as stake. The said protest caused the death of many (including a Corp Member and a Senior Police Officer) majorly innocent, inflicting injuries to ordinary citizens and security agents, destruction of private properties, vandalizing public infrastructures, arson and constituting nuisance

value among others. On this point, I genuinely believe that it is not out of tune with reality when the appropriate authority rushed to the court to enquire whether these prone activities of IMN fall within the ambit of Terrorism Prevention Act 2013 (as amended).

A verifiable statistic based on the latest United Nation estimate reveals that the total population of Nigeria clocked 201, 434,296 as of Friday, August 9, 2019. A simplistic arithmetic of this figure insinuates that 3 million is far less than 1% of the total population figure. A question that merits further investigation is that how can less 1% of the total populace will be allowed to prejudice, jeopardize and destabilize the peaceful atmosphere of the whole nation. Certainly this is a mere renaissance of amateurish nollywood drama in disguise of religion. Be that as it may, the state has the responsibility and prime objective to check and examine the affairs and clampdown the IMN and any other group in the interest of public security and safeguard the nation at large.

Methinks that confrontational nature of the members of the IMN have for long been condemned by the Government and the populace. That is to say, their extremist, violent and conservative approach towards the Government, have posted negative image of the IMN. This is natural and deeply rooted in the conscience of mankind that once one appears to be rude and intolerable, the people generally detest him. The IMN has from time unmemorable appeared to be red in tooth and claw with the constituted authority especially in Kano and Zaria. Still on this, owing to the fact of history, security agencies employed a calm approach to protect and rescue the general public from the modus operandi of IMN. And in order to douse this dramatic spectacle confrontation and curb the vicious cycle of the problem, the security agents saw the need to adopt swash bugling style against the members of IMN.

Culled from Hikima’s article, the unfortunate clash between the IMN and Nigerian military in December 2015, speaks the volume of IMN intention to cause havoc. Numerous reports were to the effect that the clash occurred as a result road blockage by the members of the IMN when the convoy of the Chief of Army Staff in a route for an official assignment in Kaduna State. It was gathered that the group attacked the army with crude weapons and fearing that the life of the army chief and other officers might have been in danger, lethal force was used to clear a route escape for the army. On my part, this is to justify the brutal killings or the aftermath of the clash. However, it highlights and to showcases the fact that such road blockage and attack bore insignia of terrorism under section 1 (2) of Terrorism Prevention Act, 2013 (as amended).

On the Constitutional right to religion I seek to submit that the beauty of salt is in its taste; and once a salt loses its taste, it will irredeemably loss its value. So also the right to religion is guaranteed under the Constitution. And where in the exercise of one right to religion it appears to shut out the rights of others or the religious activity culminates into poisonous substance which is capable of destroying the peaceful coexistence and security architecture of Nigeria, such an abused right can be curtailed through the instrumentality of the law. Above all, the so-called right to

religion of the members of IMN under section 38 of the CFRN can be justifiably curtailed in the interest of defence, public safety, public order or public morality or public health. I humbly refer you to section 45 (1) (a) of the Constitution. On this, it is my firm conviction that since violence appears to be a recurring decimal and preoccupation of the members of IMN in the exercise of their right to religion, they should not complain of any imaginary restriction of their right. As no polluted hand shall touch the pure fountain of justice!

It would amount to being naïve to envision that the members of IMN were pushed to the brink on account of restriction of their right to assemble freely. In fact, such line of understanding with all respect is bunkum and ahistorical. Assuming but not conceding that assertion is true, there are legally established measures to remedy such kind of grievances. As Thomas Jefferson once said “violence is an instrument entirely inefficient towards redressing wrong, and multiplies instead of indemnifying losses.” I genuinely believe our democratic principles will remain questionable if a particular group or sect or tribe feels it can turn the stone of Government by means of violence. The 1999 Constitution of the Federal Republic of Nigeria preaches soft approach when expressing dissatisfaction against the constituted authority. Harsh approach towards constituted authority stands unreservedly condemned. Is it not said penny wise, Pound foolish?

The greatest benefit of proscribing the IMN can be seen through the lens of the peaceful atmosphere being enjoyed by the good residents of the Federal Capital Territory. Ever since the Court sanction, members of IMN have hold their hands back from violent protest and terrorizing the country and even road blockages in the name of religious procession. Violent protests, killings, arson and above all terrorizing the people. Thus, one of the preconditions to a civilized existence is security/order. The benefit also bolstered the morale of security agents to keep the IMN under watch. The good people of FCT and Nigerians cum international community have the courage to move freely and conduct their lawful businesses without intimidation. Even a pedestrian observer knows that this benefit might not be unconnected with the court’s ruling bearing in mind the provisions of Terrorism Prevention Act. Therefore, intellectual superior should not be employed to misguide the general public.

It is also Hikima’s submission that “even celebrated arm rubbers and kidnappers are considered innocent until proven guilty-but the court has unilaterally given credence to the already existing Federal Government ban of IMN activities in Nigeria.” This argument lacks legal support on three grounds. Firstly, one of the signposts in our system of dispensing justice is that an accused person standing trial has a constitutionally-backed right to be presumed and treated as innocent unless (that is, if) the court otherwise decides. My authority is section 36 (5) of the 1999 CFRN. I MN as an organization cannot stand criminal trial to benefit from this provision of the grund norm. Secondly, the fact that the court has proscribed the IMN and its activities does not ipso facto secured conviction. To put it in better perspective, a member of IMN will not be convicted and sentenced accordingly without taking part in all rigours and benefit of criminal trial. Thirdly, no member of IMN will be arrested, arraigned and convicted by virtue of proscribing the group unless and until he took part in its activities after the proscription. This is elementary in our criminal jurisprudence.

To drive my point back home, the submissions of the learned mind with all respect, are grossly misleading, misconceiving, frolicsome and calculated to misguide the general public. In a mode lose of speech; the submissions were product of a mere opportunistic orator. In effect, our courts are steadfast to a scrupulous adherence to laid down judicial process and procedure.

Finally,the provisions of Terrorism Prevention Act are of general application. That is to say, the law does not operate against a particular sect in isolation. Therefore once acts of particular person or group fall within the ambit of the law, the court is abound to apply the law. Hence, proscribing the IMN becomes necessary. Now, the burning question is whether from the recent activities of IMN viz-a -viz a prudent perusal of Terrorism Prevention Act, 2013 (as amended) the IMN can escape the eagle eyes of the Law?

Certainly the answer is capital NO. [email protected]