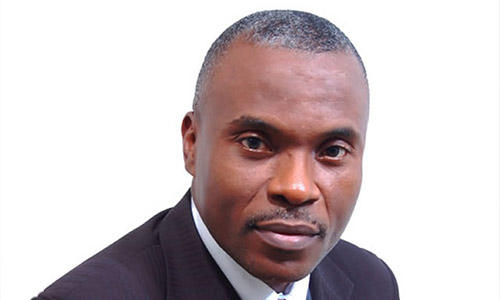 When the news story broke last week that soldiers shot and killed one civilian and three police officers who had arrested a wanted kidnap kingpin, Alhaji Hamisu Wadume, in Taraba State, I took it as one of the bizarre stories that happen in Nigeria. But I gave the Nigerian Army the benefit of the doubt by saying that it could be a case of mistaken identity. I made a Facebook/Twitter post that said:

“This story is not surprising but is bizarre. However, there is also a possibility that criminals wore army uniform to execute this rescue of their boss.”

Hours later, I was shocked to read a news story that said the Nigerian Army had confirmed that its officers actually shot the police officers and the civilian mistakenly without saying what happened to the handcuffed kidnap suspect in the bus. Did he mistakenly escape too in spite of the manacles on him? The Nigerian Army press release said that troops of the 93 Battalion in Taraba received a distress call that someone was kidnapped. They suspected the vehicle used by the police as that of the kidnappers because it refused to stop when flagged down. Consequently, they pursued it and exchanged fire with the occupants.

Indeed, the Nigeria Police Force responded to the press release from the Nigerian Army, asking the same basic questions that anyone would ask: If indeed the Nigerian Army received a distress call that someone had been kidnapped and it suspected that the vehicle conveying the police officers was the vehicle used by the suspected kidnappers, why did it release the suspected kidnap victim after shooting and killing his supposed abductors? Or did the handcuffed man run away or disappear into thin air when the soldiers were shooting at the police vehicle?

The standard practice upon rescuing any victim is that the victim is taken to the office of the security agency that rescued them and then properly released after some procedures and documentation process had been completed.

According to the police, the kidnap suspect was Alhaji Hamisu Wadume, who masterminded the kidnap of many high-profile people, including one in which N100m was paid to him as ransom. For long, he had been on the wanted list. The police officers who went for his arrest were members of the Intelligence Response Team, which was behind the arrest of Chukwudumeme Onwuamadike (popularly known as Evans), arrest of the kidnappers of the traditional ruler of Daura, President’s Buhari’s hometown, and the like. The police also stated that the video of the incident between the army and the police showed that the soldiers were aware of the identities of the police officers and that the police did not refuse to stop as alleged by the army. The police also asked for the identity of the person who sent the distress call to the soldiers, wondering why the army was concealing it.

The surprise in all this is that the Nigerian Army acknowledged that the shooting was done by its officers and went further to make explanation that showed that it was protecting the soldiers who carried out the shooting. Some commentators have noted that it further raises the suspicion that the military hierarchy was involved in this killing and release of a suspected kidnap kingpin.

It is surprising that under the administration of President Muhammadu Buhari, a retired army general said to be a disciplined officer, there has been so much indiscipline and lack of cooperation and coordination among the security agencies, especially on matters of crime. For example, in November 2017, when officers of the Economic and Financial Crimes Commission went with an arrest warrant and search warrant to the residence of former Director General of the Department of State Services, Mr Ita Ekpenyong, for not honouring their invitation concerning an arms purchase investigation, the DSS officers guarding his residence refused them entry and threatened to open fire on them. No known action taken concerning that shameful act.

Similarly, in February 2018, newspapers reported that soldiers killed a vigilante in Obadolovbiyeyi community of Edo State. He and his colleagues had arrested six people alleged to be herdsmen engaging in kidnapping on the Benin-Sagamu Expressway. He was left to look after them while they searched for others in the forest and waited for police officers to arrive to pick up the suspects. But some soldiers were alleged to have come in a car, shot him dead, and set the suspects free.

In March 2018, at the 10th anniversary and maiden convocation ceremony of the Taraba State University, Lt. Gen Theophilus Danjuma (retd.), who had years ago held the positions of the Chief of Army Staff and Minister of Defence, gave a damning report about the Nigerian armed forces. He said inter alia:

“Taraba is a mini Nigeria with diverse ethnic groups living together peacefully, but the peace in this state is under assault. There is an attempt at ethnic cleansing in the state and of course, some rural states in Nigeria. We must resist it. We must stop it. Every one of us must rise up.

“Our Armed Forces are not neutral. They collude with the bandits to kill people, kill Nigerians. The Armed Forces guide their movements; they cover them. If you are depending on the Armed Forces to stop the killings, you will all die one by one…

Coming from such an elder statesman whose entire career was in the military and had been the head of the armed forces, such a blatant and direct allegation against the armed forces of Nigeria shocked many Nigerians. However, no known action was taken by the government concerning that accusation.

It is not surprising that the war against Boko Haram, killer herdsmen, bandits, kidnappers and other criminals has been hard to win. It has been a case of one step forward, two steps backward. On several occasions, it was alleged that troops were ambushed and killed because they were sold out by their colleagues or even commanders. The effect of this is lack of trust and commitment among troops.

Among the operatives in Nigeria (army, navy, air force, police, DSS, EFCC, Nigeria Security and Civil Defence Corps), the air of superiority over the other group reigns. In addition, all of them have disdain for the civilians, whose welfare they are supposed to protect. To the operatives in Nigeria, the life of a Nigerian is so worthless that it can be flippantly dispensed with.

Thankfully, the President has ordered the Defence Headquarters to investigate the Taraba killings. The police and the army have constituted a Joint Investigation Panel to look into the matter too. The nation waits for the reports. However, this shooting and killing of police officers on an important national assignment by some Nigerian soldiers has further dented the image of Nigeria. To me, the lackadaisical way President Buhari handles critical issues of security seems to encourage these bizarre incidents to happen. One wonders when he will act like the Commander-in-Chief of Nigerians Armed Forces that the Constitution has made him.