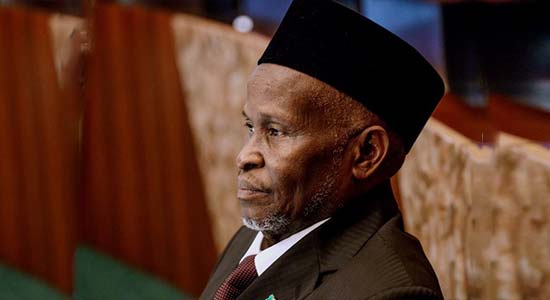 A new page turned in the history of Nigerian Judiciary yesterday, following the sudden resignation of Chief Justice of Nigeria (CJN) Tanko Muhammad.

Justice Olukayode Ariwoola, 67, the second most senior justice of the Supreme Court, stepped in as Acting CJN. He took the oath of office before President Muhammadu Buhari to run the Judiciary while awaiting the Senate’s conformation of his appointment as the 22nd CJN.

Justice Muhammad bowed out of office with one and half years to his statutory retirement on health grounds. He would have retired on December 31, 2024.

It was learnt that Muhammad, who was appointed in 2019, had been battling with memory disorder, making him unable to fully discharge his responsibilities.

It was also learnt that the ex-CJN could no longer cope with the rigours of the bench, especially legal research.

But he didn’t want some forces to take advantage of his challenge to hijack or influence Supreme Court decisions, which they reckoned could cause crisis in the country.

The protest by his colleague-justices against his management of the apex court exposed his deteriorating condition.

The 14 justices on the apex court bench wrote to the ex-CJN on the poor condition of service they were faced with.

Sources said Justice Muhammad got a medical advisory to “slow down drastically.”

Investigation revealed that the ex-CJN had wanted to resign about eight months ago, but he was prevailed upon to stay for a while.

It was also gathered that the resignation of the CJN was delayed to allow Justice Mary Odili to leave the bench, because if she had taken over, it would have been for a short period, thereby causing instability in the system. She retired on May 12.

Acting CJN Ariwoola will retired in 2024.

A top source, who spoke in confidence, said: “Right from the time he took over from former CJN Walter Onnoghen, CJN Tanko Mohammed had been managing his health challenges.

“The weight of office as the CJN made him to slip into suspected dementia. Each time he had meeting with his colleagues, he would forget resolutions and might not follow up with any action.

“Apart from the rigours of legal research, the health situation of the CJN could not allow him to attend to some administrative duties, including non-signing of amended Rules of Court for almost three years.

“He has no disdain for his colleagues, but his health challenge accounted for the lapses which led to a letter of protest by Supreme Court Justices.

“In spite of the fact that on March 23, the CJN constituted a Welfare Committee, all was not well in the Supreme Court till yesterday.

“The committee on March 24 submitted a list of demands by the Supreme Court Justices to the CJN, which could not be met.

Others are internal problems including non-signing of amended Rules of Court for almost three years; sudden stoppage of two to three foreign workshops and trainings per annum for justices; no provision of qualified legal assistants

“In the midst of the protest by Justices of the Supreme Court, there was a medical advisory that he should slow down drastically.

“The situation was becoming complex and to avoid some forces taking advantage of the ill- health of the CJN to tamper with crucial judgments, he had to quit.”