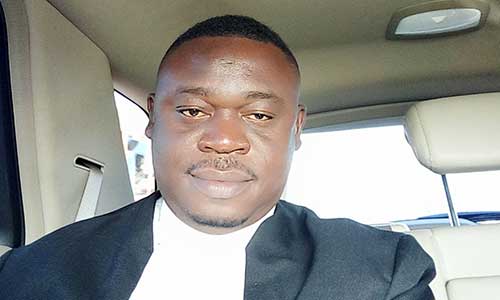 Section 5(2) of the CFRN 1999 generally vest the Executive powers of a state  in the Governor of that State and may, subject as aforesaid and to the provisions of any Law made by a House of Assembly, be exercised by him either directly or through the Deputy Governor and Commissioners of the Government of that State or officers in the public service of the State; and shall extend to the execution and maintenance of this Constitution, all laws made by the House of Assembly of the State and to all matters with respect to which the House of Assembly has for the time being power to make laws.

Under Section 5(3) of the CFRN 1999,the executive powers vested in a State under subsection (2) of the section shall be so exercised as not to

*endanger any asset or investment of the Government of the Federation in that State; or

*endanger the continuance of a Federal Government in Nigeria.

It is important to note that unlike  most international boundaries which are bounded by physically built gates and frontiers, state boundaries are generally not so physically delineated  by physical gates and frontiers. In most cases, they are delineated by rivers, mountains, bridges, valleys, etc. The point I am making is that I do not see how these State Governors want to close a border that is not physical. I  stand to be corrected, I have not seen the law which mandates State Governors to close state borders. It is my view that a state government can only work hand in hand with the  Internal Boundary Technical Committee and the  State Boundary Committees of neighboring States with the view of taking joint measures that shall promote good intercommunity relationship.

I concede that the issue at hand( the epidemic of CONVID19) requires that urgent steps be taken by all stakeholders, but you cannot close out  a state border from a Nigerian or prevent any Nigerian from entering any state of their choice. From the above elucidation ,it is safe to submit that State Governors asserting that they want to close their state  borders( on their own) in view of the outbreak of the CONVID19 is a misnomer. What the State Governments can do is specified  under Section 13(J) of the aforementioned National Boundary Commission Act. I see some check points near some state borders called in local parlance “ produce check points”., checking interstate movement of basically food produce. The state governments can in similar manner   set up checking points manned  by  a  combination of NCDC officials and  local government health inspectors   to conduct general inspection and scanning of persons making ingress and egress  into their states, with a view to identifying CONVID 19 infected persons and quarantining them in isolation camps which by now ought to be in place.

Juxtaposing  the issue of internal border closure by governors  with   constitutional provisions, Section 41(1)  of  the CFRN 1999 generally guarantees the freedom of movement of a Nigerian within Nigeria. The immediate derogation from this section as contained in  Section 41(2)(a) &(b) relates to the restriction of movement of a person who has committed an offence.

Most of these  States Governors seeking to close their state borders could have hidden their misnomer and anomaly under section  45(1)(a)&(b) but the unfortunate reality on ground is that many of these  States Houses of Assembly have not made any such law under which the Governors can really on. One would have expected these States Houses of Assembly to immediately make such laws and have them signed by their Governors. A way out is for these Governors to fall back on their various States Laws on Public Health Protection/Enviromental Sanitation Laws .They will certainly find   a leeway  therein.