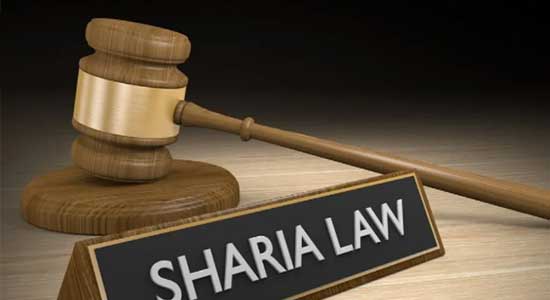 “A Muslim man who contracted a registry marriage as his first marriage under the Marriage Act and wished to take a second wife for any reason or change his wife must first divorce his first wife.”  By Sharia Court of Appeal, Ilorin in Mohammed Vs. Mohammed in Appeal No. KWS/SCA/CV/AP/IL/14/2022.

A Sharia Court of Appeal sitting in Ilorin has ruled that when it comes to the administration of the estate of a deceased who had a subsisting marriage under the Act, the Administration of Estate Law of Kwara State would be applied and not the Islamic Personal law.

In the case of Mohammed & Anor v. Mohammed & 5 Ors., APPEAL NO: KWS/SCA/CV/AP/IL/14/2022, the Estate of the deceased, late Major Muhammed Adeniyi, was the subject of litigation. The respondents had filed a case before the Upper Area Court 1, Ilorin, in suit number UAC1/CVF/968/2020 challenging the 1st appellant that the death benefits she received from the Military Pension Board as a next of kin of her late father are to be distributed by Islamic law and that the 2nd and 3rd wives Islamically married by the deceased are entitled in the distribution of the deceased estates.

The 1st wife, upon being aware of the suit, joined and challenged the jurisdiction of the Upper Area Court to entertain the case by her marriage to the deceased under the Marriage Act and that the suit was an abuse of court process by a pending claim at the High Court, Ilorin in suit number KWS/2/2020 between the same parties.

The Upper Area judge dismissed the objection on the ground that since the deceased and the 2nd appellant were not living together at the time of his death, there was an implied separation and that the suit at the Upper Area Court was not an abuse of court process.

Upon being dissatisfied with the ruling, the appellants appealed to the Kwara State Sharia Court of Appeal for the court to determine whether it is the administration of estate law of Kwara State or Islamic law would apply to the estate of Major Mohammed Adeniyi, who married under the Act or the Islamic law.

The appellants’ counsel, Omoniyi Odeyemi, submitted that since the deceased married under the Marriage Act and died without making a Will, the Administration of Estate Law of Kwara State should govern his estate, not Islamic law. He further argued that the subsequent marriages are void abinitio.

The respondent counsel, Sarafa Shogo, submitted that the conduct of the deceased by his subsequent marriages according to Islamic law should govern the distribution of the deceased estate and not the administration of estate law.

“The estate of late Major Muhammed Adeniyi would ordinarily have been governed by Islamic law if he had not by his own choice contracted a valid and subsisting marriage under the Act with the 2nd appellant. Dissolution of a marriage under the Act cannot be presumed, speculated, or conjectured as erroneously done by the trial court.”

The Court also cited S.A.Giwa, the learned author of the book, the status of the registry and Islamic marriage and further held that.

“In law, the deceased, by opting for the registry marriage, has changed his “factory setting” religion of Islam and the only way he could legally unbundle himself and return to the “factory setting” from the status he willingly put himself, is by legally repudiating the statutory marital relationship he had with the 2nd appellant, through a legal divorce.”

The Kwara State Sharia Court of Appeal allowed the appeal. The Court also set aside the ruling delivered by the Upper Area Court 1, Ilorin, on the 14th of February 2022 and struck out suit No. UAC 1/CVF/968/2020.