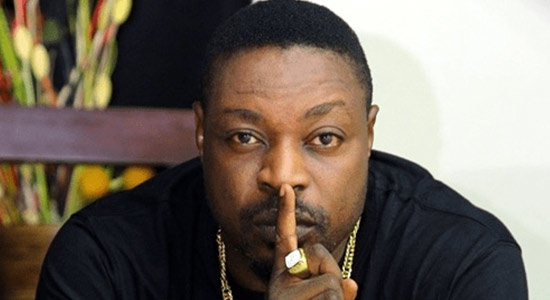 Nigerian rapper Eedris Abdulkareem has fired a scathing rejoinder, via a musical track, at Minister Festus Keyamo following the latter’s public exposure of private communication between the friends-turned-enemies.

In the newly released song titled “Jaga Jaga Oti Get e”, Mr Abdulkareem addresses Mr. Keyamo as a “Senior Advocate of Nonsense” while raising points on the state of insecurity in the nation.

In the song, he notes Mr Keyamo’s involvement in government propaganda which he says the Buhari-led administration is full of. He asks, “Is your government not a cabal wey dey pamper plenty terrorists?” Alluding to Mr Buhari’s cover-up of issues concerning Nigeria’s Minister of Communication and the Digital Economy, Isa Pantami, and his connections to extremist and pro-terrorist sentiments.

The song also touches on the multiple reports of kidnappings across the nation as Mr Abdulkareem describes extremism as a “Hallmark” of the government. He states that many people, including him, had initially supported Mr Buhari and have now regretted their decision.

He asks that the people of Delta State be vigilant as Mr. Keyamo’s actions are to garner support ahead of the 2023 political cycle in the state. The minister is said to be warming up for the state’s governorship.

In April, Mr Keyamo had accused the rapper of resorting to blackmail after failing to extort money from him and other government officials, after Mr Abdulkareem released a remix to the classic 2004 hit “Jaga Jaga”.

The minister backed his claims on social media, uploading screenshots of text message exchanges between himself and the rapper, violating Mr Abdulkareem’s right to privacy as well as Twitter privacy policies.

Twitter promptly took down the offensive tweets in line with its policy, a humbling experience for the cocky minister.