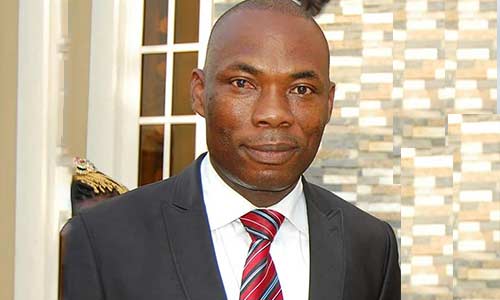 The welfare of members of any association is the primary reason such members associate abinitio.

Talking about the legal profession and our umbrella association; NBA, it appears we have not got it right whenever our welfare is being discussed. Arguably, as lawyers we advocate and champion the welfare of our clients.

In some cases to the detriment of our health and family members.

I have considered what our welfare portends to us as members of NBA and it is appropriate that I share one secret with you on why Sabastine Ubua Anyia Esq should be voted for as NBA Welfare Secretary in the coming election.

Sabastine Ubua Anyia Esq is an active barman. He served NBA Aguata Branch in different capacity not minding that he hails from Boki in Cross River State, he came to Anambra State and became a free mixer. He participated so well in NBA affairs in Anambra State so much that he was honoured by the members of Aguata Bar with the award of “Foot Soldier of the Bar” and many other awards.

S U Anyia Esq became the branch chairman and within 24 months, he was able to raise funds to complete the NBA Aguata Branch Bar Centre and named it after His Excellency Dr. Alex Ekwueme. The bar centre was magnificently built, commission and part of commercialized for the benefit of the Bar.

Sabastine Ubua Anyia Esq is a mobilizer. Within the 24 months of his administration as the Chairman NBA Aguata Branch, he worked assiduously to introduce the first-ever Bar and Bench Forum in Anambra State. This forum provides opportunity for the bar and the bench in the State to interact in a free atmosphere and ideas are exchanged to reposition the Bar and the Bench for better.

As a barman, former Chairman NBA Aguata Branch and a NEC Rep, I sincerely recommend S U Anyia Esq as a fit and proper candidate for the office of the Welfare Secretary NBA National.

Let us join hands in bettering our welfare by choosing the best candidate. A vote for Sabastine Ubua Anyia Esq is a vote for a repositioned NBA Welfare Office.